One of the most notable aspects of Legends is it's wide variety of characters. Currently, there are 18 characters in the cast, with 3 currently on the way. Another noticeable aspect of these characters is that most of them are owned by different people, often made to represent themselves. Either way, the characters are plentiful, coming in all shapes and sizes.

This page is currently under development. Any help would be greatly appreciated. 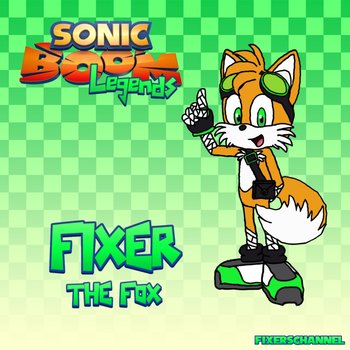 “But I just want to let you know that, I won’t be able to fix all the problems ahead. But I promise you won’t face them alone.”

The most prominently featured character. Fixer is the village detective, with a knack for fixing things to boot. As such, he's often sought out whenever there's a problem. He's seen as the Village leader, and is often the one calling everyone to meetings. Kind-hearted, intelligent, though can occasionally get quite cocky, Fixer makes up for whatever he lacks in with his quick thinking and heart of gold. 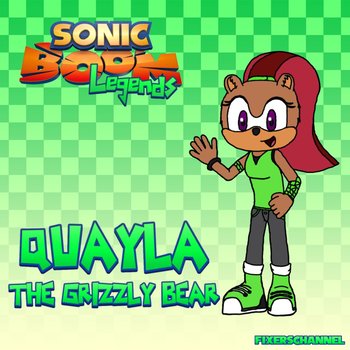 "True. Some people are too shy. They just need a bit of a push!"

One of the residents of Main Village, Quayla is the owner of the town's cafe, "Quayla's Hot Spot." Chipper and full of energy, Quayla is best known for her fangirl-like shipping tendencies. Other than shipping her friends together, and running her cafe, Quayla's favorite pass-time is spending quality time with her best friend, Alley. Despite carrying around a "my way or the highway" attitude in her back pocket, Quayla's heart is always in the right place, and loves to goof around and always has a good time with her friends and family. 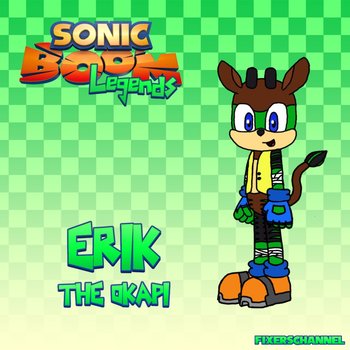 "I really wonder if the eight legged slime monster is out there somewhere? Now that would be something cool to catch on camera!"

Another resident of Main Village, Erik is a kindhearted okapi with a love of photography. He's young and excitable, and has a love and interest in the paranormal and superstitious, loving monster-hunting shows, and is sure to keep is camera out for any such findings. While not a social butterfly, Erik is a very friendly guy, being able to talk with Fixer about all of his findings, and of course, being best friends with Shift, with the two as close as brothers. He's very quick and can hold on his own in battle, but he's still young and inexperienced when it comes to fighting. In the end, Erik is a very good guy, who loves to take photographs, so he can share there stories, and remember the special moments in life. 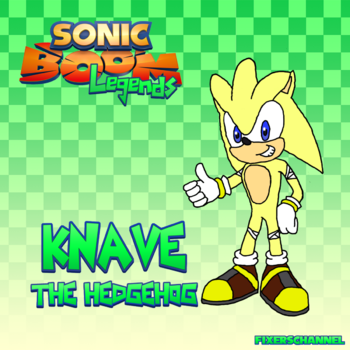 “Yeah. With your guitar skills, and my drumming, we could host a performance here in town.”

A resident of Main Village, Knave is the sole employee of the town's Meh Burger. As such, he takes his job with pride, and always strives to make others happy, whether it be with a good meal, or just with him being a Nice Guy. He adores lightning, loving the light and speed of it, which is fitting, as he's very fast. A Pokeamo player, he's usually a very good sport, though not always. He also plans on starting a band with fellow chef Maniac the Hedgehog, when she's ready, as he's an expert drummer. In the very end, Knave is a very great guy, a Pokeamo player, and gives the true meaning to Fast Food.