The characters for the manga and anime Mysterious Joker. 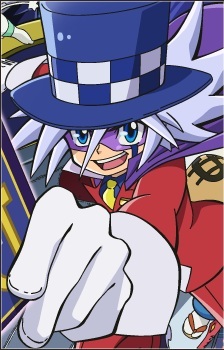 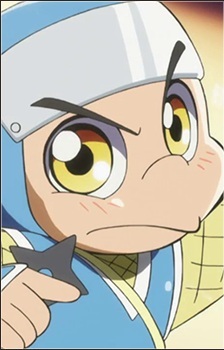 Joker's assistant, a ninja from the Kuma clan. He become's Joker's apprentice but often acts as his housekeeper.

Other Phantom Thieves and Assistants 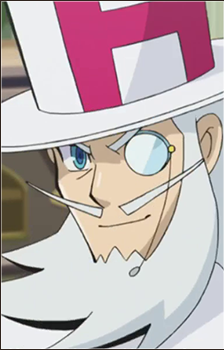 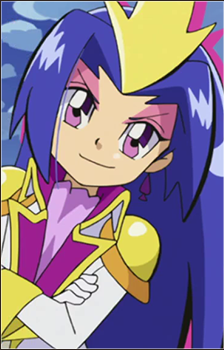 "I didn't trick you. You jumped to the conclusion by yourself."
Dark Eye 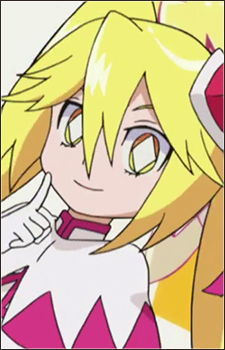 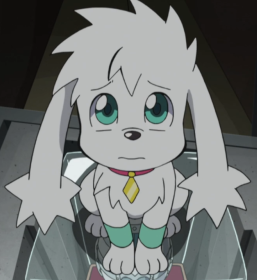 Queen's assistant. Roko has trained with Spade, Joker and Queen but sticked with Queen after she left Silver Heart. Before meeting them, he was a test subject that gained the ability to talk and send sonic waves to nearby objects. 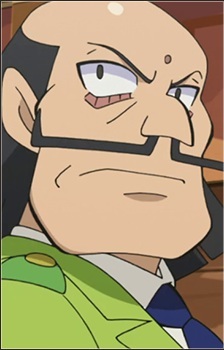 "You're so under arrest!"
The head of the police department's anti-phantom thief department and the secondary antagonist of the series.
Ginko Kurosaki 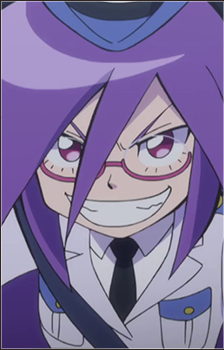 One of Oniyama's two assistants. She also wishes to catch Joker with Momo and Oniyama.
Advertisement:
Momo Shirai 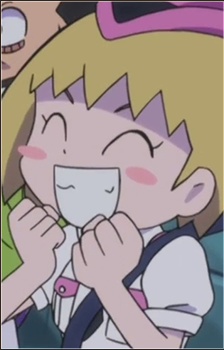 One of Oniyama's two assistants. She also wishes to catch Joker with Ginko and Oniyama. 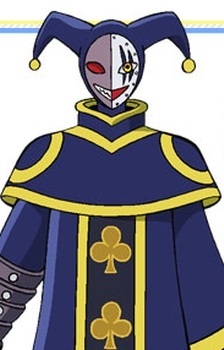 some caption text
The main antagonist of the series. His ambitions are in the dark but he'll use any means to achieve his goal. He seems to hold a grudge against Silver Heart.
Lady Doubt 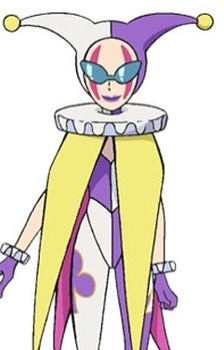 some caption text
Clover's main assistant. She has the ability to turn into a cat.
Shadow Joker 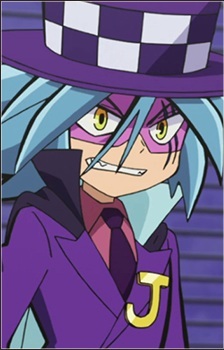 some caption text
He holds a grudge of something Joker did in the past.
Rose

An unconscious girl at the Clover's lair, someone Shadow is seen to be deeply caring about.

A rich man whose treasures (his or not) get targeted by Joker.
The Shuffle Sisters

The president of the mysterious organization Devil Fang. He placed bounties on Joker, Queen, and Spade, and has hired many bounty hunters to take them out.
Akai Tsubasa (Phoenix)

A mysterious individual with supernatural powers who usually appears in the form of a teenage boy. He was sealed in a tomb for over 3000 years before Devil Fang accidentally released him.
Hoshi (Acrux)

The "God-Beast" that Joker obtains as his 1,000th treasure.
DJ Peacock

A hyperactive announcer at the Underworld News Network who frequently reports on the exploits of Phantom Thieves (usually Joker).

Nightmare
A phantom thief of Italy, who uses his masks to posses people and do his bidding.
Panta
A young boy who somehow finds himself getting involved in Joker's adventures from time to time, sometimes alone and sometimes accompanied by his friends.