Characters / Kitty Is Not a Cat 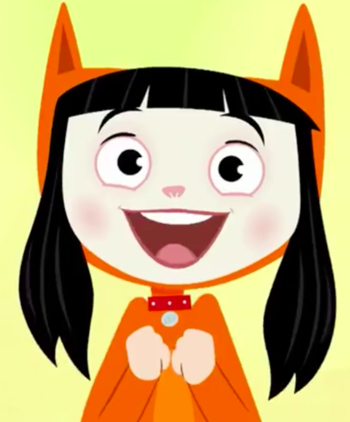 The titular heroine who is not a cat.

Tropes applying to all of the cats: 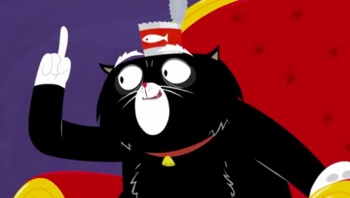 Self-appointed "King of all cats", Tubby spends most of his time "sitting on his throne, pretending he knows just what's going on". He however regularly provides explanations on certain aspects of humanity, albeit shaky ones. Oddly, he doesn't seem to play any instrument. 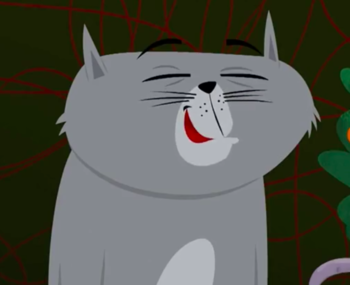 Happy would have a hard time seeing his own paws, but this handicap has resulted in a unique character trait : since he can't see the bad in anything, then everything is amazing to him all the time ! He provides lighthearted comic relief and plays the trombone. 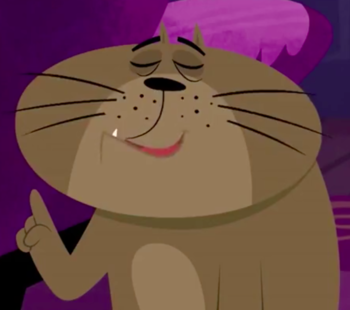 Small, dirty, and simple, Mr. Clean is a humble cat who is very satisfied with his own hygiene. He's been shown to know how to grow fruit and vegetables, which he himself sums up as :

Mr. Clean: "I like dirt. Good things come out of dirt. Nothin' fancy."

He apparently doesn't play any instrument. 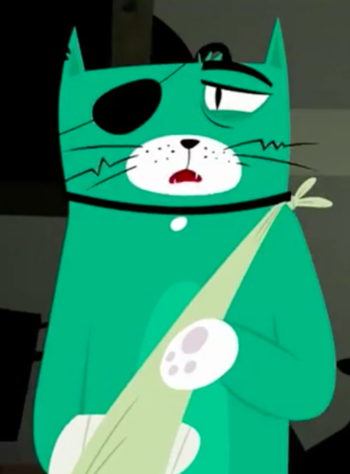 Everyone knows cats have nine lives. Last Chance is on his, well, last one, but he isn't going to let this bring him down. He plays the trumpet, and announces King Tubby's arrivals and house meetings. 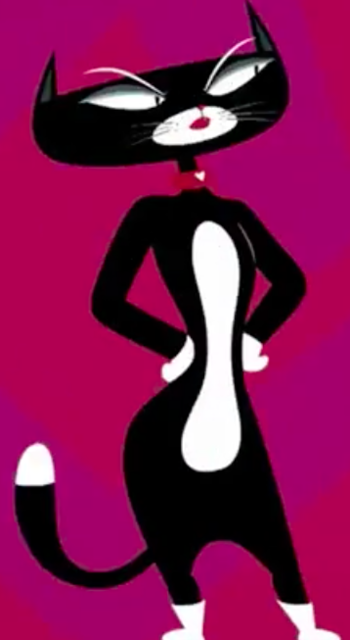 Dark, menacing, classy, and cold, Thorn may seem scary, but has shown more many times how deeply she cares for little Kitty. She is an impressive singer. 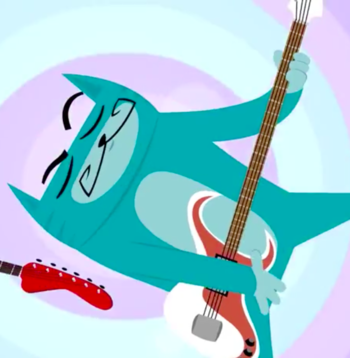 Refined, elegant, and French, Pierre is the mansion's cook and plays the bass. 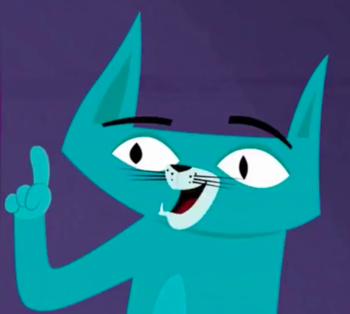 No-one is ever sure if what is going to come out of Cheeta's mouth will be a creative piece of advice, or some more nonsense solution that will likely make the problem worse. Still, he sometimes has good (if unusual) ideas, and plays the guitar. 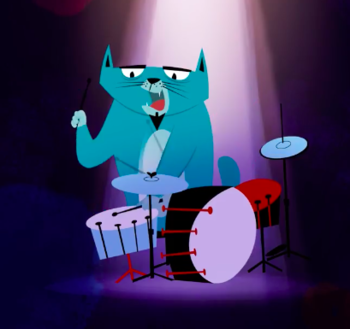 Little is shown about Ginsburg, safe from the fact that he's usually not very quick, likes to end his sentences in "Man", and is an incredible drummer. 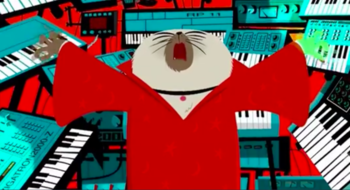 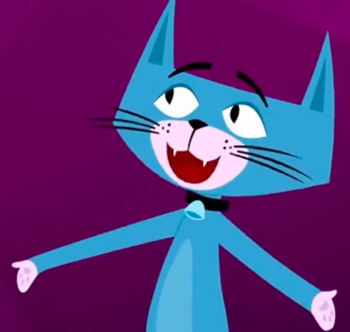 The youngest of all the cats, Timmy is almost always seen in Kitty's company, and they always get along wonderfully. He can still play a few instruments, notably pianos. 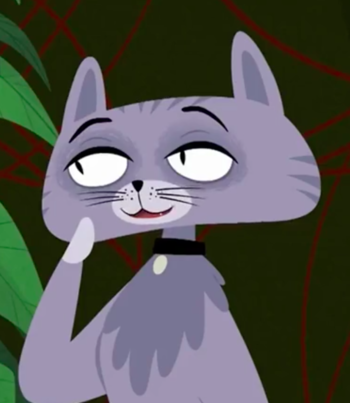 Petal is a soft-spoken, calm, usually responsible female cat who takes great care of others, but knows how to be firm when needed. She plays the saxophone. 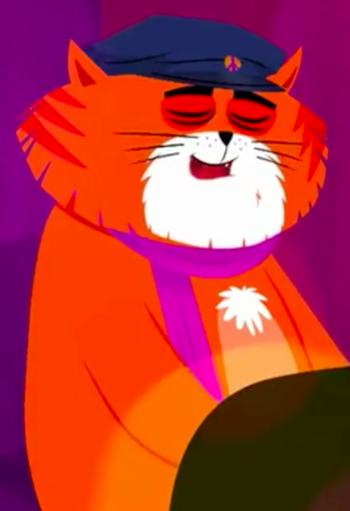 Maybe the oldest cat in the mansion, The Nazz is also the sanest, wisest and most responsible one, who tries to keep a semblance of order. He's a talented and experienced piano player who composed and recorded several albums' worth of songs. 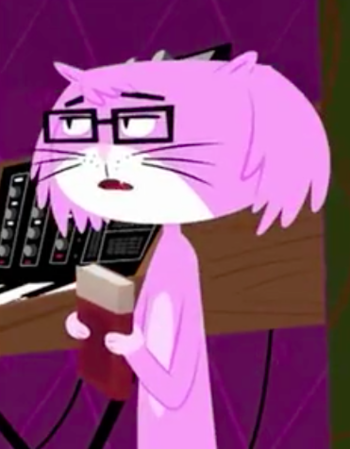 A brilliant, snarky, sour loner, Miley is usually seen reading a book or cultivating her individuality. She has a well-hidden soft spot for Kitty, which doesn't stop her from expressing her criticism in her idiosyncratic way. She can use a keyboard, but her specialty is samples, synthwave and electronic music. 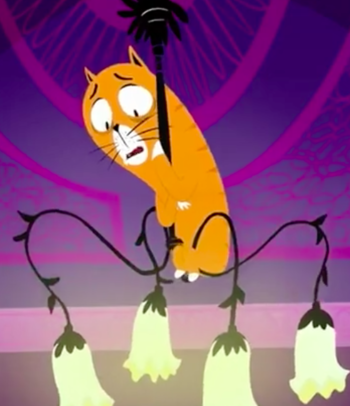 Spook perfectly illustrates the expression "scaredy cat". He's terrified, startled, or worried by nearly everything, but finds comfort in a sappy romance television show, and apparently has a knack for technology. He doesn't play instruments, but knows his way as a disc-jockey. 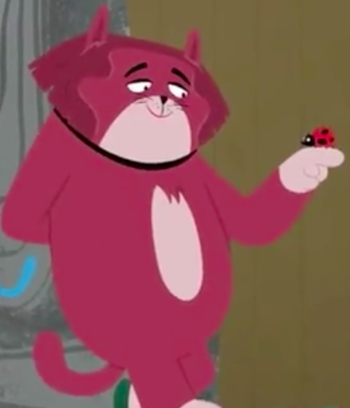 Luna tries to avoid effort whenever possible, except when music and dancing are involved. She plays the sithar. 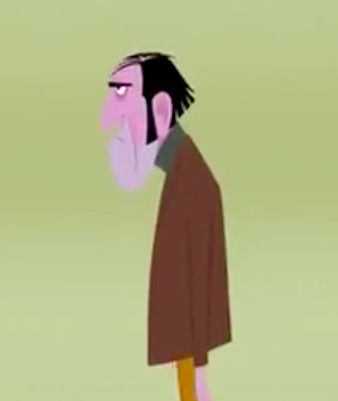 One of the neighbours. He's idiosyncratically grumpy, clueless, and submissive towards his wife. 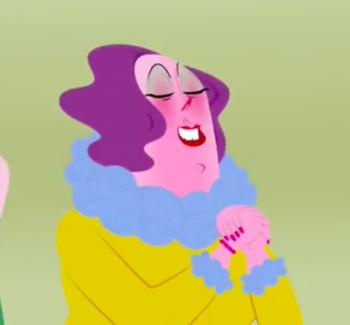 One of the neighbours. She's typically prissy, haughty, and bossy towards her husband. 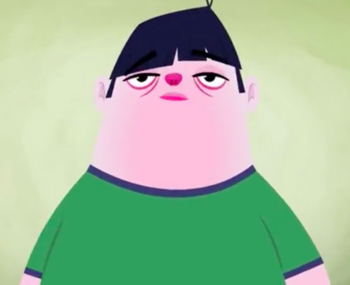 The youngest Stinkleton is usually depicted playing video games, eating, sleeping, and doing as little of worth as possible.