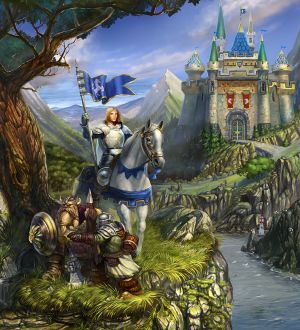 King's Bounty is a video game made in 1990 by New World Computing. The gameplay was much like the Heroes of Might and Magic games of today — enough that 3DO would release a Playstation 2 port titled Heroes of Might and Magic: Quest for the Dragon Bone Staff a decade later – but rather than controlling an entire kingdom you played a single hero with a salary and unit limit determined by level, rank, and other things.

The original can be beaten in less than ten seconds

All of the modern sequels can be purchased through Steam and GamersGate.