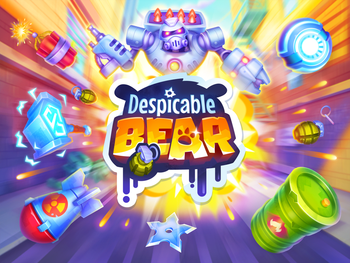 "Hey, it's time to hurt somebody."
Advertisement:

Despicable Bear is a 2016 Simulation Game for iOS by Playgendary, in which you simply beat up a rather annoying bear. The game employs the use of numerous weapons for the player to use, resulting in some amusing Ragdoll Physics. Naturally this means there's a lot of Video Game Cruelty Potential is present in the game. Below is a list of the weapons and tools one can use on the bear:

Please add all new character Tropes to the Character Sheet.