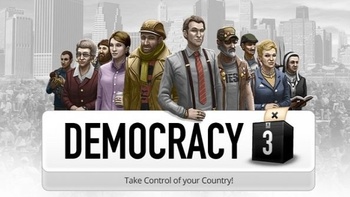 In all the games, you take on the role of a President/Prime Minister of a democratic country, and must manage it through introducing or modifying policies in the seven areas of tax, economy, welfare, foreign policy, transport, law and order and public services. Each turn also randomly introduces dilemmas to be resolved.

Both your policies and the way you resolve dilemmas affects your standing with the varying factions of the electorate, allowing you to win re-elections if it is high enough with the majority. You'll also make two promises before each election for what you intend to achieve in your next term - flagging numbers can be boosted through bold visions, but failing to live up to them in turn raises voters' cynicism, so popular leaders are wise not to promise too much. The game's difficulty level is customizable; the higher it is set, the more difficult it is to maintain your popularity through major policy reforms and elections.