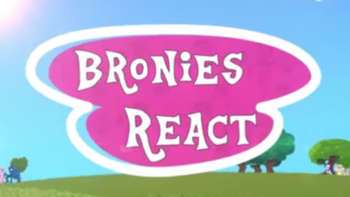 Professional Bronies on closed course. Do not attempt.
Advertisement:

Bronies React is a YouTube series, created by user ACRacebest