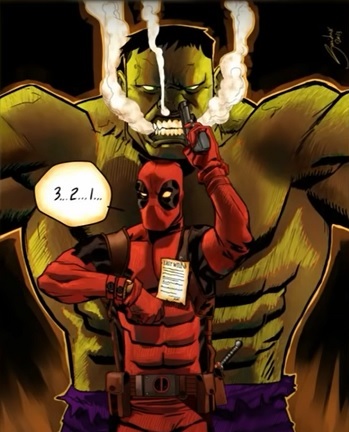 The paper on his chest says "last will", if you're wondering...
Advertisement:

A Genre Savvy character knows what's going to happen next when the Genre Blind character does something stupid. So they voice that outcome and count down.

The outcome happens exactly when the countdown ends.

Can also be done in silence by counting down on one's fingers.

Related to Exact Time to Failure and Improbably Predictable. Not to be confused with the gameshow 321 or the Class 321 Electric Multiple Units. See On Three for characters synchronizing a joint action.