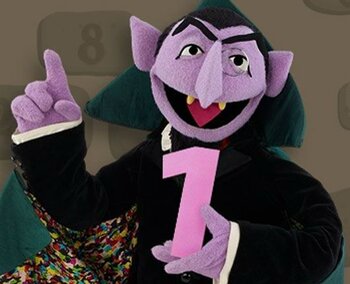 Tropes about the original purpose of numbers, counting things. High overlap with the Index of Lists, because they have a natural ordering and ordering creates lists.

Some overlap with Competition Index, because counting is a way to track things to be competed against. Also Time Tropes and the Clock Index because time is measured numerically, making it easy thing to count with.

One, Two, Three, Four, Go!, is not one of these tropes. It's a witty name, not directly describing the trope.