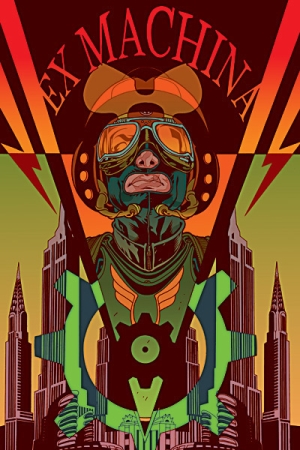 Ex Machina was created by Brian K. Vaughan, the Eisner Award-winning brain behind series such as Y: The Last Man and Runaways and drawn by Tony Harris. It depicts the life of civil engineer Mitchell Hundred, who gained the ability to communicate with machines. He used his powers to become the world's first and only Super Hero, "The Great Machine". After using his powers to prevent the fall of the second tower in the 9/11 attacks, Mitchell has since retired from the role and is currently the mayor of New York City. The series contains the events of his term in office, with frequent flashbacks to his superhero days.

The series wrapped up with the planned 50 issues in 2010.

Has nothing to do with either the 2015 film, or with the 2005 post-apocalyptic truck driving game.