Characters / The Adventures of Ichabod and Mr. Toad

The Wind in the Willows 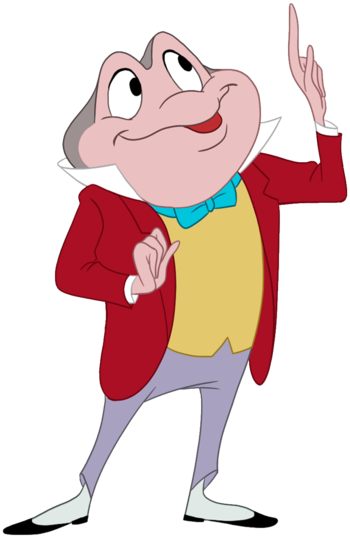 A fad-crazy, but well-meaning toad who is framed for theft.

The Legend of Sleepy Hollow 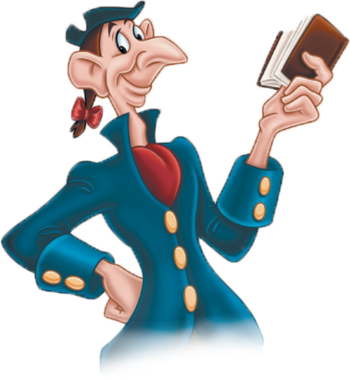 Ichabod Crane is the new schoolmaster of Sleepy Hollow. His charming, suave personality made him a hit with the ladies, but the true object of his affection was Katrina, which put him at odds with Brom Bones. He is very superstitious and easily frightened, which Brom takes advantage of by spinning a tale about the Headless Horseman... a tale that Ichabod finds out is true. 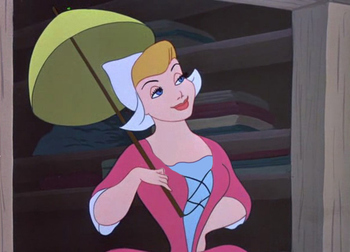 Katrina is the daughter of a wealthy farmer of Sleepy Hollow. Her beauty and wealth has a lot of men fighting for her affections, particularly Ichabod Crane and Brom Bones. 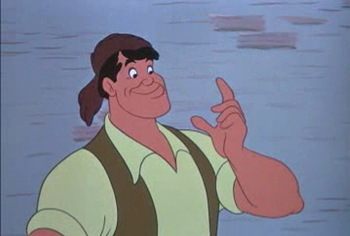 Brom Bones is one of the popular guys in Sleepy Hollow. He is Ichabod's primary rival for Katrina's affection. May or may not be the true identity of the Headless Horseman. 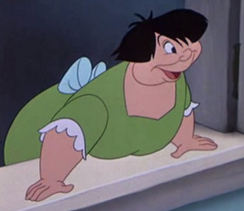 A Sleepy Hollow resident who becomes attracted to Ichabod, and later, Brom. 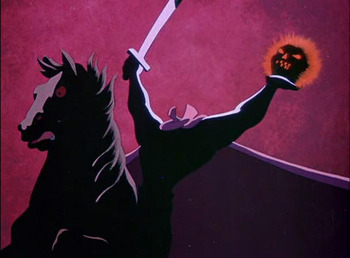 The true antagonist of Sleepy Hollow, he apparently rides around Sleepy Hollow every Halloween at Midnight, looking to take someone else's head for his own. He chases Ichabod during the climax, but it's never confirmed whether he "spirited Ichabod away" or just ran him out of town.