The characters of the film Full Metal Jacket, and associated tropes. 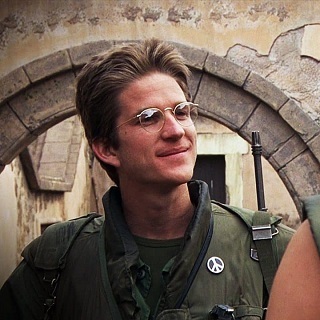 Portrayed by: Matthew Modine
"Is that you John Wayne? Is this me?"

The protagonist. He works as a combat correspondent in Vietnam. 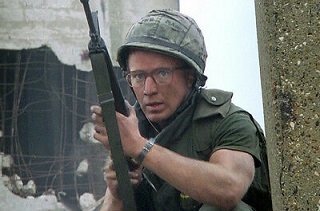 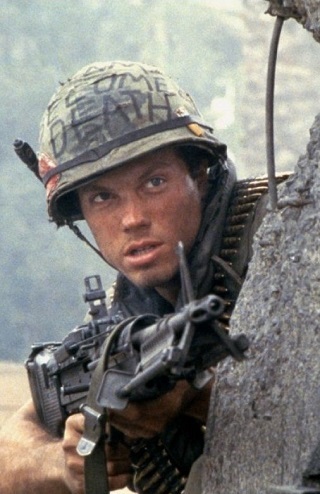 "You talk the talk- but can you walk the walk?"
Portrayed by: Adam Baldwin
"Better you than me."

The nihilistic M60 machine gunner in the squad. 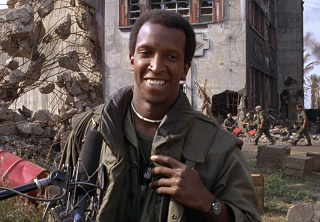 "Go easy, bros."
Portrayed by: Dorian Harewood
"Put a nigger behind the trigger."

An African-American member of the squad who is not overly sensitive about his ethnicity, and is Animal Mother's closest friend. 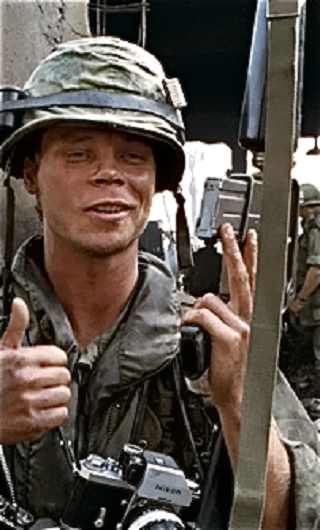 Portrayed by: Kevyn Major Howard
"I hate Da Nang, Joker. I want to go out into the field. I've been in country almost three months, and all I do is take handshake shots at award ceremonies."

A combat photographer who works with Joker. 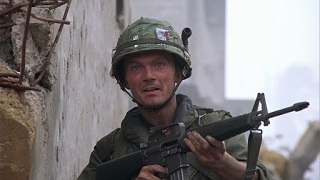 Portrayed by: Kieron Jecchinis
"These enemy grunts are as hard as slant-eyed drill instructors.... These people we wasted here today ... are the finest human beings we will ever know. After we rotate back to the world, we're gonna miss not having anyone around that's worth shooting." 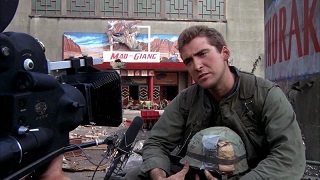 Portrayed by: Jon Stafford
"Can I quote LBJ? I will not send American boys eight or ten thousand miles around the World to do a job that Asian boys oughta be doing for themselves."

A medic attached to the squad. 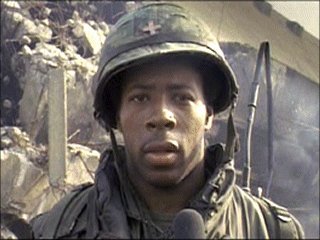 Portrayed by: Gary Landon Mills
"I mean, we're getting killed for these people and they don't even appreciate it... they think it's a big joke."

Another African-American member in the squad who works as the radio operator. 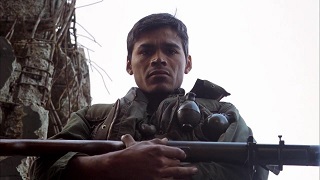 Portrayed by: Sal Lopez
"No more boom-boom for this baby-san. There's nothing we can do for her. She's dead meat."

Another member of the squad.

Another member of the squad 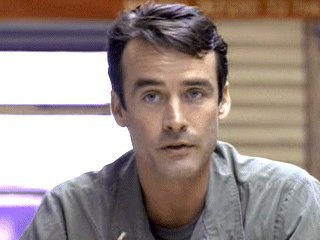 Played By: John Terry
"In strategic terms, Charlie has cut the country in half, the civilian press are about to wet their pants, and we've heard even Cronkite's gonna say the war is now unwinnable. In other words, it's a huge shit sandwich and we're all gonna have to take a bite." 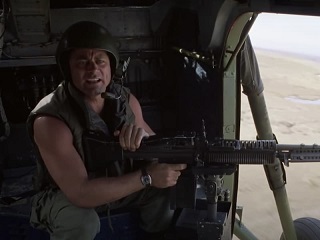 "Ain't war hell?"
Played By: Tim Colceri
"Anyone who runs is a VC [Viet Cong]! Anyone who stands still is a well-disciplined VC! Ha Ha Ha! You guys ought to do a story about me sometime!"

A gunner on the helicopter that takes Joker and Rafterman from Da Nang to the combat zone. 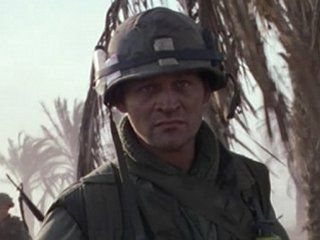 The commander of the Lusthog Squad's platoon.

A lieutenant present at the uncovering of the mass grave. 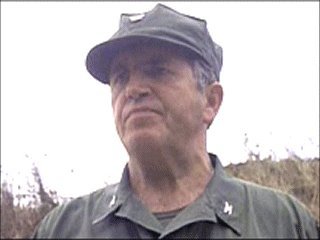 "You'd better get your head and your ass wired together, or I will take a giant shit on you!"
Played By: Bruce Boa
"I'ts a hardball world, son. We've gotta keep our heads until this "peace craze" blows over!"
A commander in Vietnam.
Basic Training 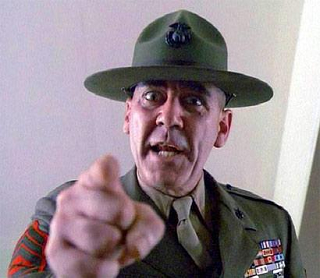 "So you can give your hearts to Jesus... but your ass belongs to the Corps!"
Played By: R. Lee Ermey
"I am Gunnery Sergeant Hartman, your senior Drill Instructor. From now on, you will speak only when spoken to, and the first and last words out of your filthy sewers will be "Sir". Do you maggots understand?"

A drill instructor at Parris Island who trains his recruits to transform them into marines. 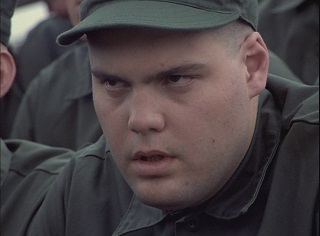 A overweight recruit who gains the ire of Hartman. 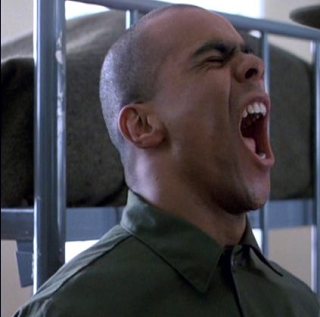 One of the recruits at Joker's basic training. He's the first recruit to be addressed by Hartman. 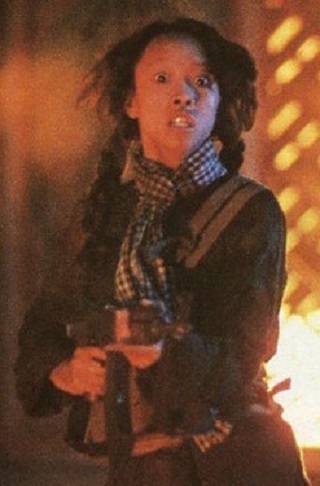