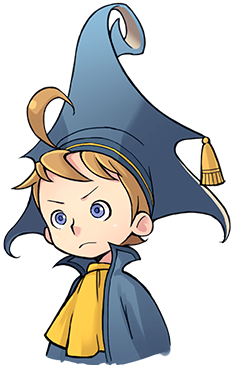 The titular Record Keeper, Tyro is an apprentice to Dr. Mog, in charge of watching over and preserving historical records of great adventures kept in paintings. When a mysterious force begins corrupting the Records, Tyro is tasked by Dr. Mog to enter the record paintings to restore them. 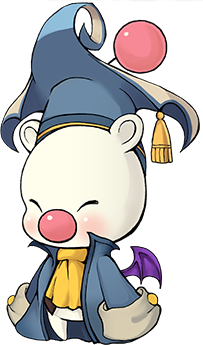 The head of the Royal Archives and Tyro's teacher, Dr. Mog trusts Tyro to enter the paintings, but is sometimes able to help him from afar.

A young girl dressed in keeper robes who was sealed in the Magicite section of the archives. Restoring the Magicite Records frees her to help Tyro and Dr. Mog. 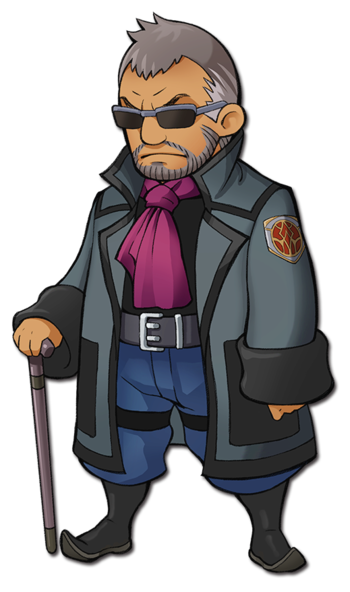 An engineer at the Archives. He's in charge of weapon and ability upgrading, and pilots the Airship the party uses to travel the world.

Advertisement:
The Hooded Figures
A Hooded Man and Hooded Woman aiding the Shadowsmith in his plans.
The Magicites
Powerful records of summonstones sealed in the archives, their power has begun to grow wild and so Tyro and his allies must fight to contain them.
Odin

"To those who awaken the records... doom awaits."

A mysterious presence sealed deep in the Royal Archives by the power of the Magicite Records. It is eventually discovered to be an incarnation of Odin, trying to command the Magicite into breaking free from the records and into Tyro's world.

Ruler of Cardia Islands and master of the Torment and Dream dungeons. He grants the party Historia Crystals and allows them access to the records to prove their valor and earn empowerment for them.

The Core Classes consist of generic characters the player recruits, based on recurring Final Fantasy jobs. They have no specific identity and play no story role.