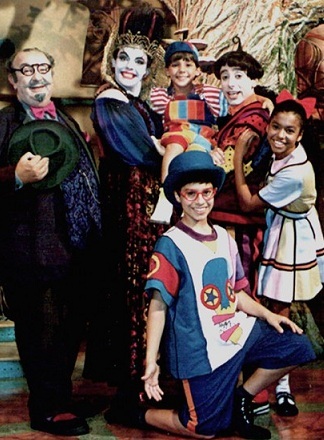 Castelo Rá-Tim-Bum (Portuguese for "Rá-Tim-Bum Castle") is a Brazilian children's show that originally aired from 1994 to 1997, produced and broadcast by TV Cultura.

The series is about Nino is a 300-year-old boy who lives with his uncle, Dr. Victor, a sorcerer and scientist who is 3,000 years old, and his great-aunt Morgana, a witch who is 6,000 years old. Dr. Abobrinha (Dr. Zucchini) is the villain, a real estate speculator who wants to demolish the castle and, in its place, erect a building of a hundred floors.

Tropes present in the movie: