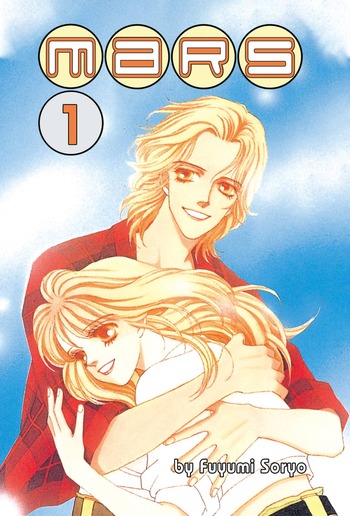 Kira Aso is a Shrinking Violet student in the art club with a reputation for disliking men, when she shows any emotion at all. Rei Kashino is her polar opposite, a Delinquent who races motorcycles instead of worrying about his grades and has a reputation for being a shameless playboy. They meet one day in a park when Rei is searching for a clinic and asks Kira for directions. Kira draws him a map on a page from her sketchbook, not knowing that there's an important (and beautiful) sketch on the other side of the sheet.

Rei becomes interested in the mysterious Kira and begins to half-heartedly pursue her. She resists at first, but after he comes to her aid against bullies and shows her he's not the Jerk Jock playboy she stereotyped him as, they tentatively become a couple. Not all is well in budding-teen-romance-land, however, for both Rei and Kira have skeletons in their closets. Rei is estranged from his only surviving family member and suffers from post-traumatic stress disorder over his twin brother Sei's suicide; Kira has very good reasons for her pathological shyness and dislike of men, and her family is fragile at best. They have to work out their respective problems as well as face a series of romantic antagonists who seem hell-bent on destroying their relationship. The road to Happily Ever After is fraught with dangers on all sides, the likes of which normal Japanese teenagers only ever read about in manga.

MARS (マース, Maasu) is a shojo romance manga by Fuyumi Soryo. It was serialized from 1996 to 2000 in Bessatsu Friend. The series was compilied into fifteen volumes. It was originally released in English by Tokyopop. Kodansha would rescue the series, re-releasing it in its entirity in 2019 as ebooks.

A prequel volume called Mars: A Horse With No Name (MARS外伝 名前のない馬, MARS Gaiden Namae no Nai Uma) was released in 1999. Tokyopop translated this as well.

In 2004, the series was adapted into a Taiwanese live-action drama. The drama ran for twenty-one episodes. In 2016, a Japanese adaptation aired under the name Mars: Tada, Kimi wo Aishiteru! ( MARS〜ただ、君を愛してる〜, "Mars: But, I Love You!"). A film of the same name that concluded the series ran in theaters later that same year.

See Eternal Sabbath for another work by Fuyumi Soryo.