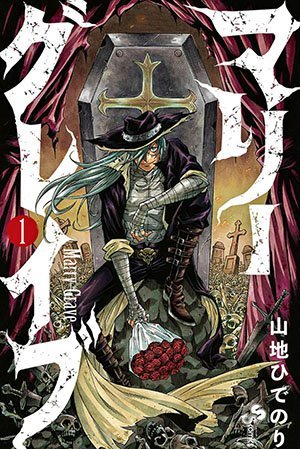 Marry Grave is the story of Riseman Sawyer, a bandage-covered vagabond, and his journey to complete the "Deadman's Recipe" in order to resurrect his deceased wife, Rosalie. His journey takes him all over the world gathering ingredients for the recipe, but its easier said then done as most of humanity has been devastated by the demon army and a single human alone has a very slim chance of surviving.

Unless you're also an undead brought back to life by the Deadman's Recipe.

Marry Grave is an adventure/fantasy manga written by Yamaji Hidenori and published in Weekly Shonen Sunday from 2017 to 2019, with 5 volumes total.