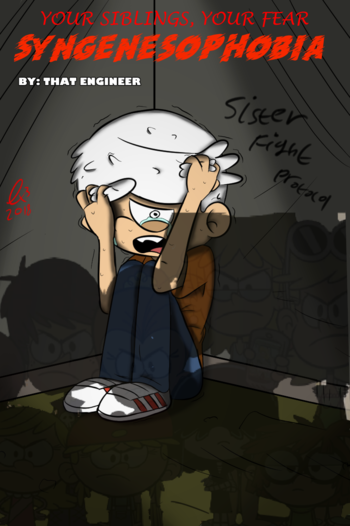 What if the people you used to love the most, are now your greatest fear?note Cover art by extricorez.
Advertisement:

Syngenesophobia is a The Loud House fanfic by That Engineer. It is available on FanFiction.Net here

, and on DeviantArt here

Written as a darker take on the episode "Brawl in the Family". Lincoln's actions result in the sisters (except Lily) collectively turning on him and giving him a No-Holds-Barred Beatdown that results in him getting hospitalized and developing a crippling fear of his sisters.

The story is being translated into Spanish