An all purpose category for creatures that don't belong to any natural ecosystem on any world, even on other planes.

To see the tropes for aberrations in Pathfinder, click here.

Larval huskborn, which appear as pale worms covered in spines.

Adult huskborn, resembling a cross between a crocodile and a mantis.

Victims of catastrophic failures on the part of medical technology. Their genetic code is irreparably damaged and their bodies reshaped into something barely resembling their original form. 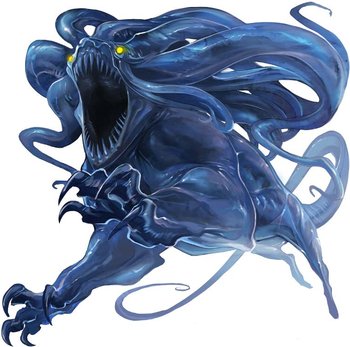 Predators from the Diaspora that have adapted to survive in the airless void of space.

Black-and-white crinoids composed of little more than long feather appendages. Their stats can be found in The Commencement. 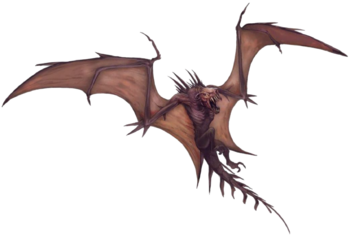 The immature offspring of skreesires. 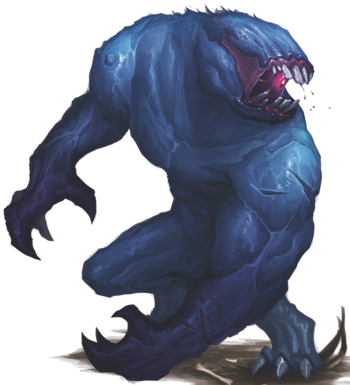 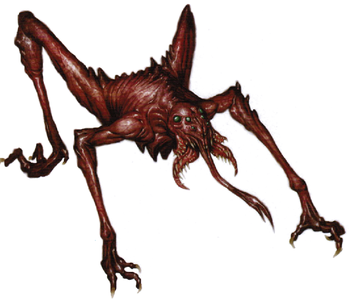 Resembling a cross between humanoid and insect, orocorans are a sentient species originating from Aucturn. 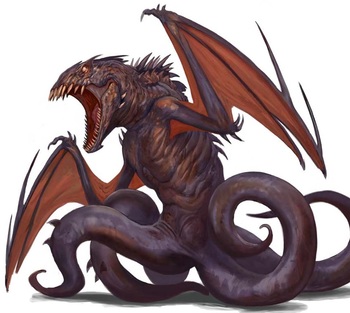 A variant species of barathu created when barathus explorers visited Liavara. Their abilityto adapt dwindled and their midns decayed even as their psychic powers grew. Now the dreamers are nearly feral, silent save for their crooning songs, seemingly oblivious to their surroundings, and yet commanding unparalleled powers of divination.

Though called spawn of the Eshtayiv, pyric harbingers are the constituents of this entity rather than its offspring. These rare creatures travel through space to find dark places to illuminate and beings to slay, creating terror and pyric undead.

Strange creatures with two bodies, one in the Material Plane and one in the Ethereal. 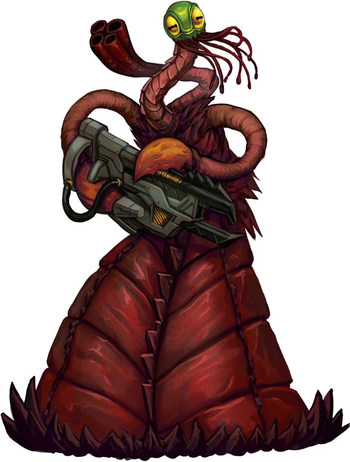 In eons past, Yithians inhabited a dying world. They used a desperate gambit to escape their planet’s doom: casting their minds through time and space. These errant souls came to rest in the bodies they possess today.

Bizarre creatures that are difficult to identify, united only by their particular abilities.

Their stats can be found in Attack of the Swarm!: Hive of Minds or online here 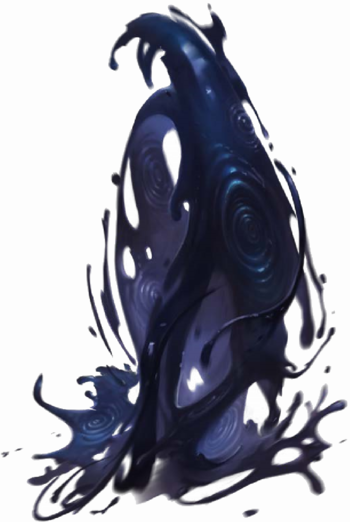 Serving as part of the priestly caste for the Dominion of the Black, haeshi-shaas are longlived creatures that shift between a liquid and a gaseous form many times over their long lives. Their liquid form, is referred to as a haeshi, while their vaporous form is known as a shaa.

Horrific creatures that blur the line between machine and animal, these beings serve as engineers and spellcasters among the Dominion of the Black.

Monsters to whom light is a plaything, warping it into impossible spectrums or consuming it altogether, leaving them cloaked in infinitely deep shadows.

Hallajin
Challenge Rating: 17
Role: Spellcaster
Alignment: Chaotic Neutral
Size: Large
Energy beings from Hallas, the moon of Liavara, that are believed to be the result of a species that sought godhood yet stopped just short of such a goal. 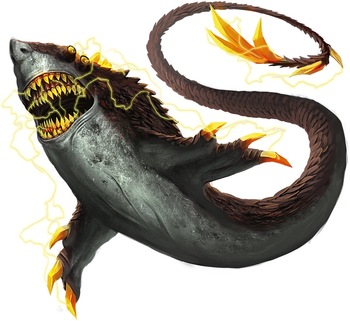