This page is part of the character sheet for Starfinder, covering Magical Beast creatures.

Magical beasts are for the most part wild animals of various sorts, but have some sort of unusual characteristics that set them apart from regular wildlife — greater intelligence, chimeric body plans, magical powers and so on. In a sense, they could be thought of as being to animals what monstrous humanoids are to humanoids.

To see the tropes for magical beasts in Pathfinder, click here.

Pests native to the misty forests of Nakondis that have adapted to survive in the electrified clouds. 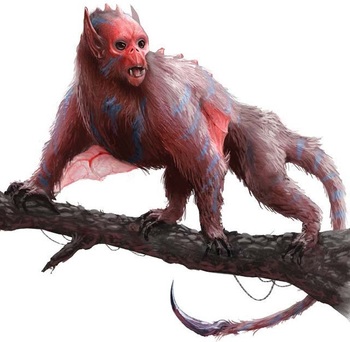 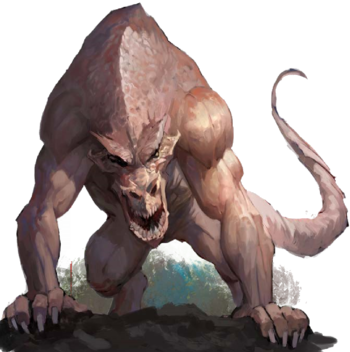 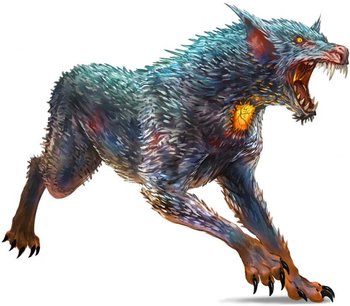 Pack hunters from Castrovel with phosphorescent fur and the ability to fire lasers. 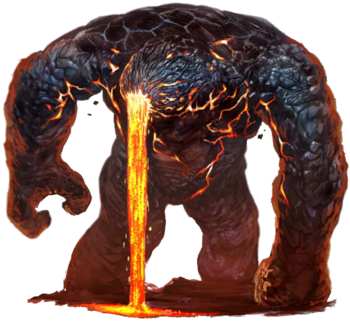 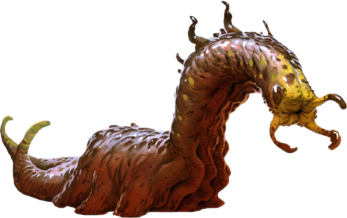 Terrestrial mollusks from Great Shadar that embody the entropic forces of their homeworld. 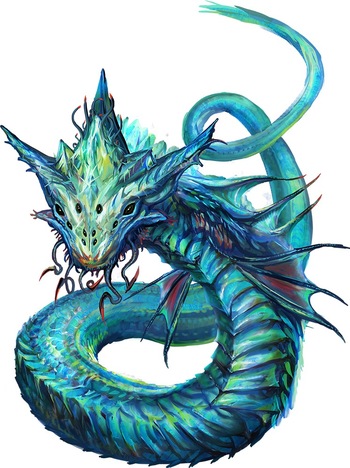 Ambush predators that can warp light around themselves. 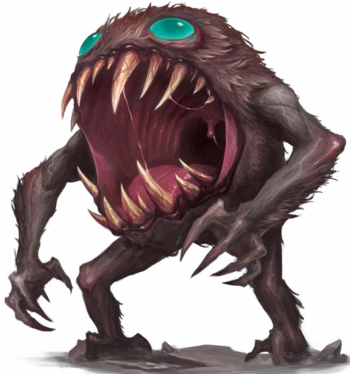 A predator race from the binary star system of Arybus.

Creatures from Verces's Darkside with a venom that turns victims into living production factories of a narcotic substance. Their stats can be found in Signal of Screams: The Penumbra Protocol or online here 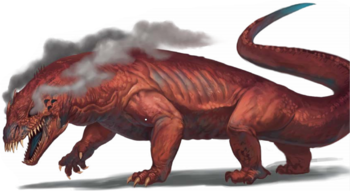 Reptilian creatures with a resemblance to the prehistoric megafauna of many planets. 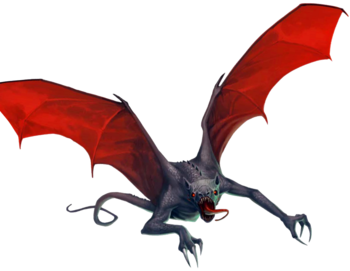 Bizarre creatures resembling a cross between a reptile and a bird that are capable of flying through space. 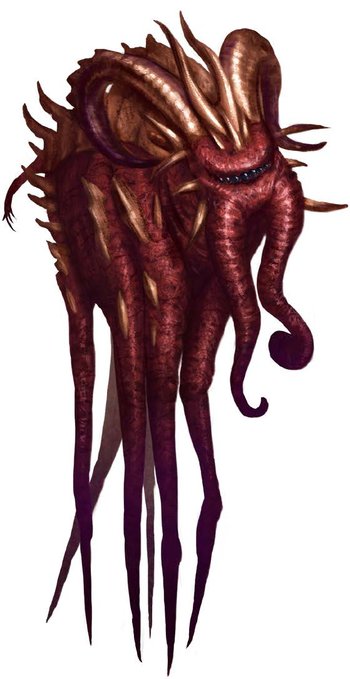 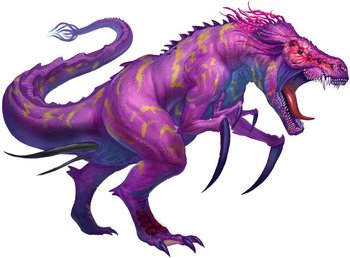 Saurian creatures from Castrovel that feature prominently in the mythology of all its native species. 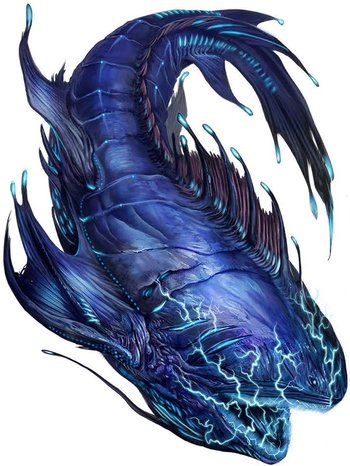 Kyokor
Challenge Rating: 20
Role: Combatant
Alignment: Chaotic Evil
Size: Colossal
One of the most common forms of colossi that continually lay waste to civilization on Daimalko. Capable of sensing population centers, kyokors are capable of entrancing entire crowds at once as they decimate cities and crowds. 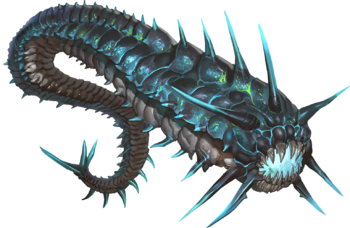 Growing slowly but constantly, vermeliths live thousands of years, taking centuries to mature into the ship-eating titans they're known as.