This page is part of the character sheet for Starfinder, covering non-playable Ooze creatures.

A broad category of creatures united mostly by being naturally amorphous and lacking specialized body parts, existing as living masses of various substances. Most that aren't masses of protoplasm are liquids or colloids of some sort or another, but gaseous and plasma-based oozes also exist.

To see the tropes for oozes in Pathfinder, click here. 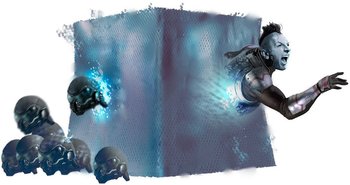 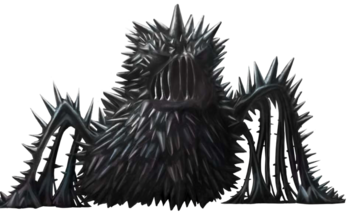 Ferromagnetic fluid, or ferrofluid, has long been a staple of spacefaring technology. Societies across the galaxy originally created this utilitarian substance by suspending coated nanometer-sized particles of magnetite in viscous liquid. As necessity demanded invention, later iterations of the magnetic liquid began to take on an almost lifelike temperament. The substance increasingly exhibited erratic behavior as engineers tinkered with heavily magnetized liquids, using experimental bioengineered substances to suspend magnetic particles. The final result of these developments was an emergent, though limited, sentience within certain pools of ferrofluid—a consciousness solely consumed with the search for ever-stronger magnetic fields.

Purportedly born from some ill-informed experiment performed during the Gap, bodysnatcher slimes are parasitic organisms that commandeer hosts to experience life through their senses. 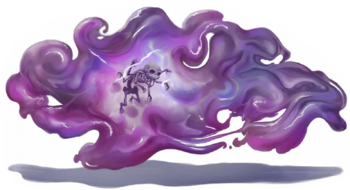 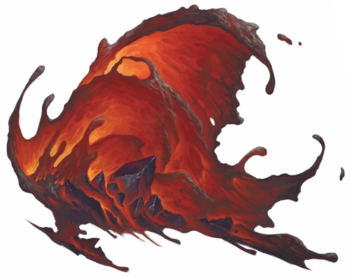 Magma oozes are living pools of bubbling molten rock that churn and move of their own accord. 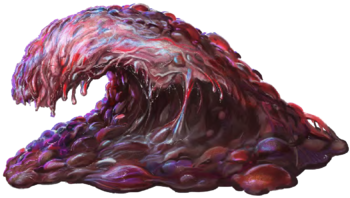 Disease given physical form, plague oozes are most commonly found on the living planet of Aucturn.

Oozes originating from deep space in the Shadow Plane. 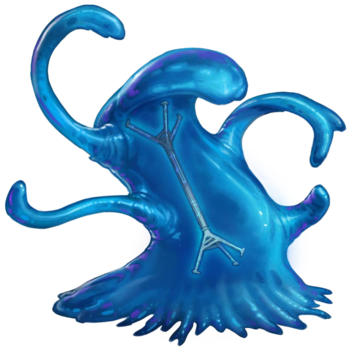 The aggressive and insightful genetic manipulators known as thorgothrels enforce their vision of retrogressive development on other species.

A sentient and malevolent hue that defies classification and eludes identification by most sensors. 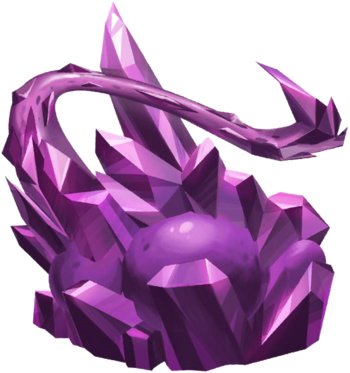 Originating from the Plane of Earth, these oozes convert both living and nonliving materials into the crystals they eat.

Oozes formed from a bizarre symbiosis of living material and technology. Typically confined to crystalline containers that keep them from coming apart, they serve as living computers for the starships of the Dominion of the Black. 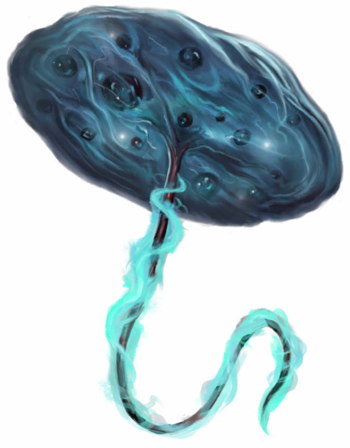 Researchers who experiment too recklessly with quantum forces run the risk of spontaneously creating a quantum slime, an incredibly dangerous ooze composed of enlarged subatomic particles floating inside a mass of cloudy protoplasm-like goo. Though mindless, a quantum slime has the ability to alter reality at a quantum level, calling forth storms of cosmic energy, teleporting itself and others, or diminishing a creature’s overall competency.

Powerful beings of living plasma most often seen in the immediate vicinity of a star’s surface, plasma oozes are significant threats to even the Pact Worlds’ most experienced spacefarers.

The horrific creature known as a living apocalypse is created when the most powerful destructive energies known to the galaxy are unleashed without constraint or limitation, especially in acts of malice or as a result of criminal negligence

A photonic anomaly is “born” when two or more infinitesimal gamma rays, each traveling a few millimeters in a random direction, happen to match trajectories perfectly. The cluster continues to dart randomly around the interior of the star until another nearby protophoton or gamma ray cluster again travels in the same direction, after which the two combine. Over millions and millions of years, these clusters can grow into a starship-sized entity that roams its home star.