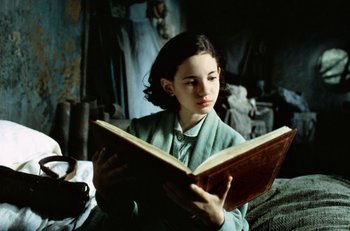 A little girl who knows a little magic—enough to, say, restore a statue's lost eye to it, and to recognize a fairy no matter what it looks like. Ofelia adores fairy tales and making up stories, even though her mother tells her she's too old for them. But when the Call to Adventure comes—in the form of a mysterious Faun who tells Ofelia that she is the reborn Princess Moanna, of the underworld—Ofelia will do anything to fulfill her Quest.

Ofelia's new stepfather, a loyal Francoist enforcer, and a captain in the Civil Guard. 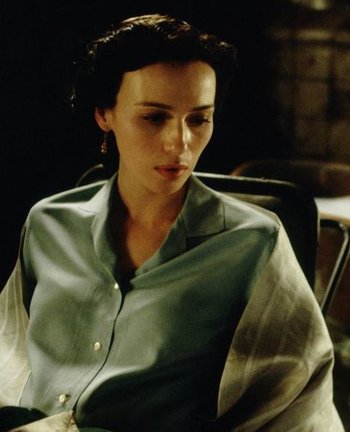 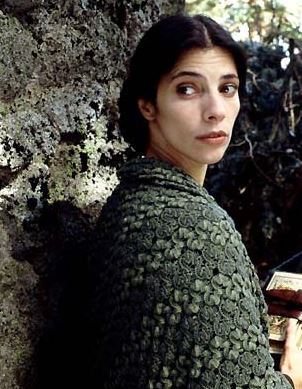 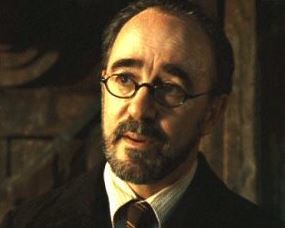 A doctor in the service of Vidal who is also a secret member of the Republican faction (of the Spanish Civil War) and aids the rebels.

Mercedes' brother, and leader of the Republican cell in the area. 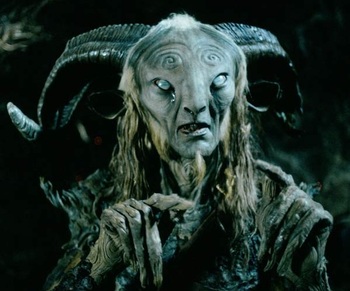 An ancient creature, he has been waiting in the Labyrinth for the reincarnated princess to return.

Three fairies that are friends with the Faun. 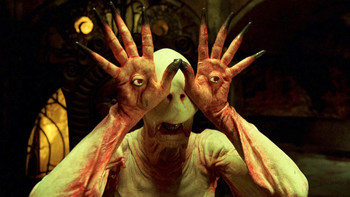 A child-eating monster, whose lair Ofelia enters at the Faun's instruction to get a precious dagger. The Pale Man sits frozen at the head of a banquet table, his eyes sitting on a plate in front of him. He springs to life when Ofelia disregards the Faun's warning and eats the forbidden food.

King & Queen of the Underworld

King & Queen of the Underworld

A plant "that dreamed of being human." The Faun gives it to Ofelia in order to help cure her mom.