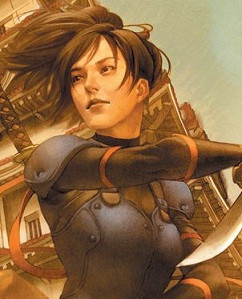 A Japanese Slayer activated by Willow's spell, Satsu joined the Slayer organization and quickly became one of Buffy's best and most reliable fighters. Satsu then fell in love with her, and they slept together twice before Satsu took over the Toyko base of operations after Buffy told her that while what they had done was nice, it wouldn't go any further.

Another new slayer activated by Willow's spell, she and Xander developed a mutual attraction to each other. They were going to begin dating, but Renee was brutally killed by a vampire during a battle in Tokyo. 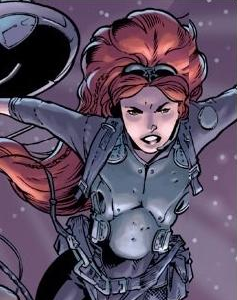 A Scottish Slayer in Buffy's Slayer squad, often seen hanging out with Rowena.

A German Slayer in Buffy's squad, often seen hanging out with Leah.

A British Slayer who joins a group of other Slayers being mentored by Faith in London. She lost her entire squad during the Twilight crisis, and will stop at nothing to find and kill those responsible.

Another British Slayer being mentored by Faith, she is more easygoing than Nadira.

One of Buffy's roommates in San Francisco, she is revealed to be a Slayer after saving Billy from a pack of zompires. She claims that she is part of a group of concerned Slayers loyal to Buffy and was assigned to secretly help keep Buffy's life in order and protect her from threats. 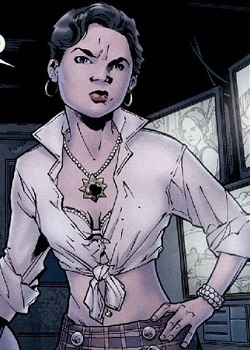 "Buffy has forced our kind to be the serfs of this world, when we should have been lording over the masses."
Voiced By: Michele Wong

A rich British Slayer and daughter of a powerful noble, she is recruited by Roden to kill Buffy and take over the Slayer Organization in order to impose their rule on the world. She is befriended by an undercover Faith, who foils her attempt to kill Buffy and is then accidentally killed by Faith as she attempts to redeem her.

A young detective on the San Francisco Police force who is partners with Detective Cheung. Dowling and Cheung's cases led them to investigate Buffy. Dowling learns about vampire-fighting from Spike to handle the city's zompire problem and is placed in charge of a police task force to deal with them.

A detective on the San Francisco Police force who is partnered with the younger Detective Dowling. Their investigations into mysterious bodies led them to Buffy.

Oz's wife and a fellow werewolf, they met when he went to Tibet to learn how to control his transformations, and they had a child together. She helped teach the Slayer army to channel their magic into the earth to hide from Twilight.

Billy premiered in Billy The Vampire Slayer Part 1. Billy is openly gay and is constantly being bullied for this. He lives with his Bourgeois Bohemian grandmother after having been kicked out by his parents after coming out. His crush, "Cute" Devon saves him from a zompire and teaches him how to kill them, convincing Billy that he can be a "Slayer", inspired by the example of Buffy and her fellow Slayers. 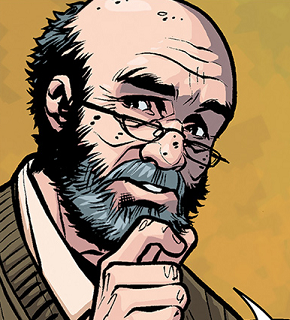 A older archmage who is highly knowledgeable about both magic and hundreds of different demons. Angel and Faith turn to him for information on their current cases in London.

Giles's great aunts, the sisters of his paternal grandmother Edna (who appeared as a girl in the Tales of the Vampires comic). While Edna became a Watcher, Lavinia and Sophie used their knowledge of magic for shallow purposes like staying eternally young and beautiful. They are currently staying in Giles's estate with Faith and Angel. Lavinia (the brunette) is encouraging Angel to do whatever he has to do to resurrect Giles, and Sophie (the blonde) is pushing Faith to stop Angel if he goes too far.

Lake Stevens works for the Department of Defense fighting against the magic threat, having gone to Theo Daniels for his help and in turn recruit Willow to aid against vampires and demons.

A warlock in charge of a coven that Julie introduces Andrew to who then participates in the first battle with The Sculptor.

A mysterious demon with the upper body of a white-haired, green-skinned woman and lower body of a giant snake, who guides Willow during her continued magical training.

A ancient demon who was imprisoned in a mystical prison by evil forces. After the Seed of Wonder was destroyed, he was released and began searching for Buffy to thank her for freeing him and fight alongside her.

A dragon who appears as part of Wolfram & Hart's demonic army in the series finale.