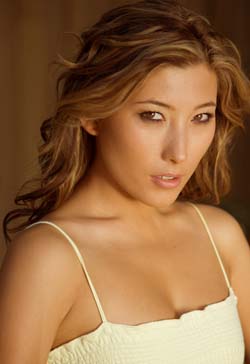 Is that real? Yes.
Dichen Lachman (born 22 February 1982 in Kathmandu, Nepal) is an Australian actress. Lachman was born in Kathmandu, Nepal, and lived there until her family moved to Adelaide, Australia when she was eight years old. Her mother was born in Nepal and is of Nepalese and Tibetan descent, and her father is an Australian with German heritage, hence her German-sounding name.