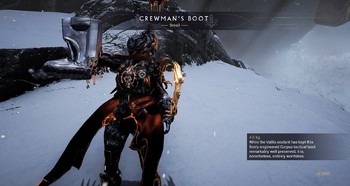 This wasn't what I had in mind when I said I wanted to do some fishing...

Just because your game is about badass space ninjas in a dark future doesn't mean you can't have a laugh or two every now and again.