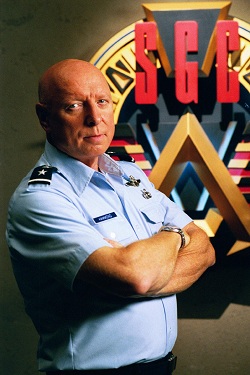 Was a Bait-and-Switch Tyrant in the first episode, but eventually became a Reasonable Authority Figure who trusted the vast majority of ideas and pitches from our heroes based on their track record, no matter how outlandish. The change was signified when he stopped regularly wearing his USAF uniform in favor of a simple blue shirt with a tie, a dress code that was later followed by his eventual successor, General Landry. Was referred to as "Hammond of Texas" by Teal'c's Mentor, Bra'tac. Was relieved of command in favor of Elizabeth Weir for the duration of the Poorly Disguised Pilot for Stargate Atlantis, who was in turn soon replaced by Jack O'Neill. 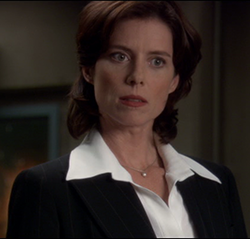 Civilian diplomat appointed by President Henry Hayes to replace Hammond as the head of the SGC when his administration was voted into power at the end of season 7. Despite the team having their doubts, she was quick to prove that she wasn't just a figurehead, and managed to earn their respect before leaving to head up the Atlantis expedition, allowing O'Neill to take command.

Go here for tropes applying to Weir in Atlantis. 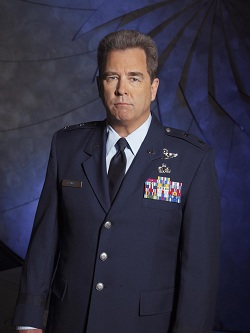 Replaced O'Neill in Season 9 as the commander of the SGC, but was actually closer to Hammond in both appearance and command style.

The original commander of the SGC. A decorated soldier, West was a typical authoritarian type and retired in between the film and the series. 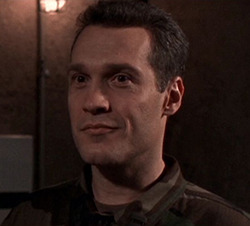 Another character from the movie. Part of the first mission to Abydos, serving as Jack O'Neill's second-in-command. A year later, he was assigned to lead his own SG unit, only to be infected by a Goa'uld symbiote during his unit's first mission. Didn't survive long after that, but alternate versions of the character appeared in later episodes.

General Hammond's original second-in-command. After the events of the original film, Samuels approached a then-retired Jack O'Neill and brought him back to Stargate Command. After the pilot episode, he was reassigned to the Pentagon but eventually popped up again to complicate matters. 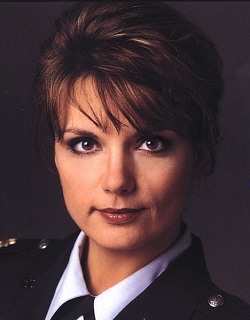 For some reason, never appeared in the opening credits despite effectively being a regular. The SGC's medical officer, she often saved SGC members and aliens from the brink of death. She was a nurturing, motherly figure, best expressed when she adopted the alien girl Cassandra. Became Samantha Carter's best friend. Had a bridge dropped on her in the season 7 two-parter "Heroes." She was eventually succeeded by Dr. Carolyn Lam in Season 9. 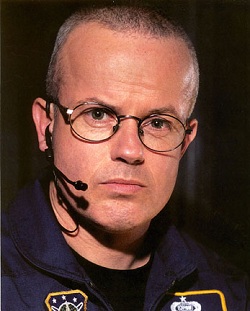 Played By: Gary Jones
First Appearance: "Children of the Gods"

AKA Chevron Guy, sat at the computers and called out when the chevrons were locked. Didn't get fleshed out much until a few seasons in. Eventually became O'Neill's assistant when he took over for Hammond as General. 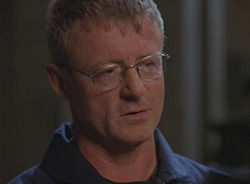 A technical specialist and chief electrician at the SGC. He's responsible for managing the equipment that provides the massive power requirements of the Stargate.

He's a fairly minor recurring character, but notable for being one of only seven characters to appear in all 10 seasons, the others being the original main cast plus Walter Harriman.

The actor also served at the show's lead stunt coordinator, which as time went on, lead to Siler taking a lot of hits and falls... and we mean A LOT. 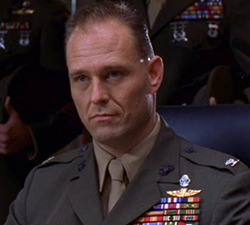 A Marine and the original leader of SG-3. Despite a somewhat obnoxious personality, Makepeace was generally considered to be a fairly decent guy and volunteered to lead the rescue operation when SG-1 was captured by Hathor. However, he was later exposed as a Mole for the rogue NID during a sting operation, and was swiftly Put on a Bus. 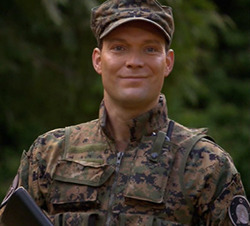 Another Marine, first introduced working at Area 51 but eventually joined the SGC and took over as the leader of SG-3. His team were largely there to support SG-1 during their more dangerous missions, but he became a fairly important recurring character over time.

A Liutenant in the US Airforce who was recruited for Stargate Command after going through several Training Scenarios. After proving his worth in "Proving Ground," he was assigned to the team SG-17. 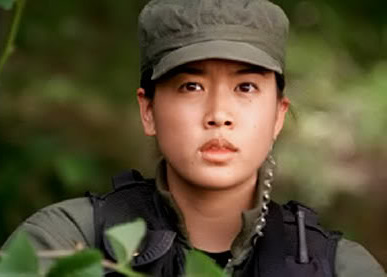 A Lieutenant in the US Airforce recruited for Stargate Command. She seemed to have an interest in archaeological artifacts and Daniel Jackson. 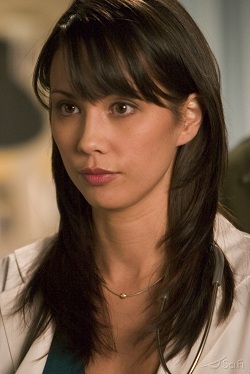 The SGC's new medical doctor, after a season without a recurring character in this role following Fraiser's death back in season 7. General Landry's daughter, played by Michael Shanks's wife (which was a total surprise for him when she was cast). 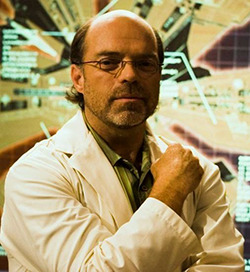 A brilliant but inefficient civilian scientist at the SGC. Despite being a resident expert in whatever field of science an episode required of him, he was rarely good enough to solve the problem of the week. One of the few characters to appear in all three series. 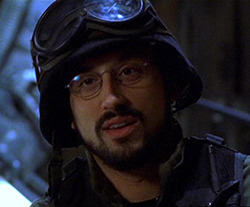 Played By: Jason Schombing
First Appearance: "Forever in a Day"

An archaeologist who existed mostly to fill a spot on the team whenever Daniel was incapacitated. Didn't get along with the military or people in general, though he seemed to be fairly good friends with Daniel. Unceremoniously killed off in his third episode after he was infested by a Goa'uld symbiote. 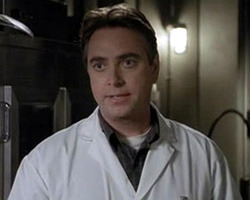 Played By: Patrick McKenna
First Appearance: "The Other Guys"

A largely incompetent scientist who hero-worshipped SG-1, to their great annoyance. Only appeared in two episodes, but they were among the most memorable of the show's comedic offerings. 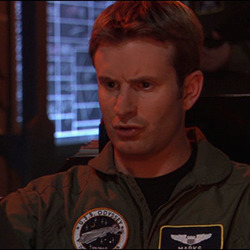 Senior officer aboard the Prometheus, and later the Odyssey. Served a similar role to Walter, only IN SPACE!. Never a major player, but notable for serving on every American owned battlecruiser at least once and being one of only eight characters to appear in all three series. 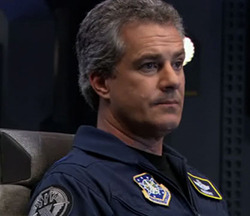 Commander of the Prometheus. Became something of an Ensemble Dark Horse until he made a Heroic Sacrifice and got blown up along with his ship in "Ethon" 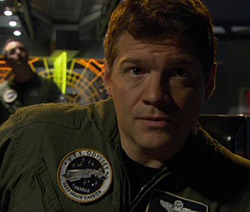 Played By: Matthew Glave
First Appearance: "Off the Grid"

Commander of the Odyssey. Served pretty much the exact same role as Pendergast, and met a similarly sticky end (though his ship survived).