In General
The title of First Prime refers to the highest-ranking Jaffa soldier of a Goa'uld. Distinguished by having a different version of a Jaffa's Slave Brand, a three-dimensional one made of gold. Teal'c, one of the main characters, was Apophis' First Prime before his Heel–Face Turn, as was his mentor and predecessor Bra'tac.

A Jaffa who, in his first appearance, was the First Prime of Anubis' underlord Khonsu. He killed Khonsu after learning he was an undercover Tok'ra. Her'ak then reappeared as Anubis' First Prime and served that role for more than a year before being killed when the Tau'ri destroyed Anubis' fleet.

Lord Yu's First Prime. When he first appears, his master is falling into Sanity Slippage due to old age, so he takes up the task of essentially keeping Yu's empire running himself, knowing that Yu can no longer be relied on to do what he is supposed to. Eventually, he realizes that the Jaffa's beliefs about the Goa'uld may be wrong, but he remains in his master's services out of Undying Loyalty until both are killed by Replicator Carter.

The Rogue NID, The Trust and Affiliates

In General
The rogue NID were an offshoot of the main NID operation who believed in a more hardline approach to planetary defense than that taken by the SGC and took it upon themselves to steal technology from Earth's offworld allies. It was later revealed that they were controlled by a shadowy group of businessmen calling themselves The Trust, who grew rich(er) off of patents derived from reverse-engineered alien technology and launched their own wildcat operations against enemies and allies alike with little regard for how it affected the legitimate efforts of the SGC. After the fall of the Goa'uld empire at the end of season 8, they were infiltrated and taken over by Ba'al. 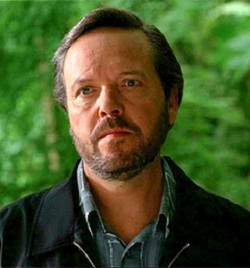 The initial ringleader of the rogue NID operation. Eventually SG-1 finds evidence incriminating him for treason; he defects to the Russians and helps them set up their own abortive Stargate Program. SG-1 captures him, then breaks him back out when they need help against the NID; he goes on the lam. After helping out the SGC repeatedly against its earthly enemies, they eventually move him off-world for his own protection. 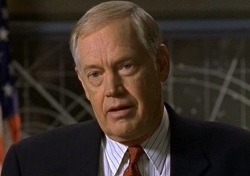 A US senator who initially learned of the SGC by demanding to know what black project the Air Force was dumping millions of dollars into out in Colorado. He continually tried to have the command shut down and/or transferred to his control, and collaborated with the rogue NID frequently. In season 7 he was elected vice president, then promptly fired when President Hayes lost patience with him in "Lost City". 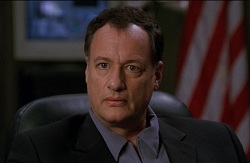 A US Air Force colonel affiliated with the rogue NID operation. He repeatedly interfered with SGC operations, including stealing a Goa'uld-infested gazillionaire out from under them. He was finally arrested and convicted of treason, but that wasn't the end of it. 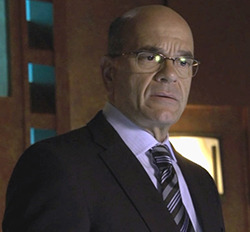 Initially one of Kinsey's aides, Woolsey was first brought in to conduct an inquiry into the botched rescue mission that led to the death of Janet Fraiser. Despite this, he had a clean record and was described as being much sharper than his employers, and after realizing just how deep Kinsey's corruption ran he supplied the President with evidence of his illegal activities. He then became head of the IOA committee and continued to obstruct the running of the SGC, though he gained some respect for the team after seeing them in action on a diplomatic mission gone wrong. Eventually joined Atlantis, where he succeeded Carter as head of the expedition and continued his ongoing Character Development.

Go here for tropes applying to Woolsey in Atlantis.

The Arch-Enemy of the Asgard, a nigh-indestructible race of robotic "bugs" originally created as toys by a lonely Robot Girl and given only two commands: to make more of themselves and to defend themselves against anything that might try to destroy them. They naturally took these instructions to their logical extreme, to the extent that their only goal was to replicate and destroy anything that got in the way of them doing so. Later seasons also introduced human-form replicators, which were depicted as being more powerful, intelligent and self-aware than their insect brethren. They were eventually wiped out at the end of season 8 after the Carters and Ba'al programmed the Dakara superweapon to be used against them, though the IOA attempted to bring them back to use against the Ori in The Ark of Truth.

The fifth human-form Replicator to be created, he featured a quality that his fellow human-form Replicators lacked: emotions. O'Neill took advantage of this, tricking him into helping SG-1 escape and leaving him and the others trapped by a Time Dilation device. Reappears in Season 8 seeking revenge.

A human-form Replicator created by Fifth in the image of Sam Carter, trained to kill the original. She also grew to hate Fifth and tricked SG-1 into helping her destroy him, then turned on them and became the Season 8 Big Bad.

A race of ascended beings introduced as the new Big Bad for seasons 9 and 10 after the Retool. They differed from the Ancients in that they believed humans should worship them, and used their Priors — formerly human preachers imbued with special powers — to disseminate the religion of Origin, which purported to help its followers achieve ascension.

They were initially confined to a far-off galaxy until Daniel and Vala transported themselves over there and inadvertently alerted them to the presence of humans in the Milky Way, at which point they instructed their followers to mount a crusade and force all the unbelievers to convert or die. As villains, they were a good deal more threatening than the Goa'uld due to actually having the powers to back up their claims to godhood. The Ori themselves were eventually destroyed towards the end of the final season, but Adria, as well as their Priors and human followers, continued to pose a threat until The Ark of Truth. 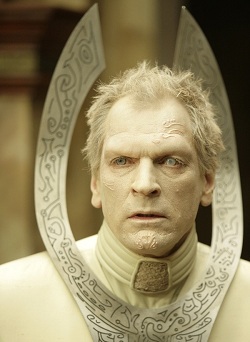 The leader of the Priors, the Ori's "clerics"/priests. The Ori can also possess the Doci to speak directly to humans. Like the Priors, the Doci worships the Ori out of a genuine sense of religious devotion and is unaware of their true nature. 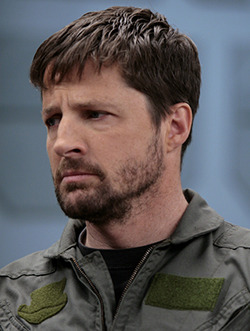 A devout follower of Origin who married Vala while she was stranded in the Ori galaxy, Tomin joined up as a soldier in the crusade against "unbelievers" in the Milky Way after a Prior cured him of a limp that had made him the subject of lifelong mockery, and swiftly rose through the ranks to become the commander of his own fleet. Despite his commitment to his belief in Origin, he was described by Vala as a gentle soul and clearly didn't relish killing. He began to have doubts after witnessing how the Priors would warp the true meaning of the religion to suit their purposes, and eventually performed a full Heel–Face Turn to help the team in Ark of Truth. 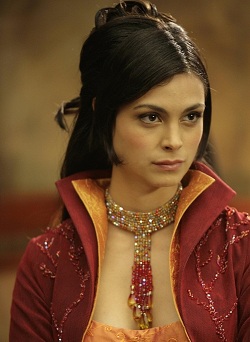 Adria was "conceived" by the Ori, and is the "virgin birth" daughter of Vala Mal Doran ("virgin birth" in quotes since Vala was hardly a virgin). A human possessing the vast cosmic powers of the Ori, she was created as a sort of Ori Messiah to lead the conquest of the Milky Way Galaxy. Being effectively an Ori in a human body, Adria is fully aware of their true nature. Although she has a sentimental attachment to her mother, she's otherwise quite evil and sadistic, just like her Ori progenitors.

Since the Ori themselves are a concept rather than actual characters, Adria mostly serves as the final Big Bad of Stargate SG-1. After the Ori are destroyed by Daniel Jackson, Adria absorbs their combined power (or more precisely, since the Ori draw their power from worshipers and she's the only Ori left, she gets everything that used to be shared among the group) and attempts to take over the universe (she fails, of course).

One of the only recurring Priors in the series. He started out as the governor of a village called Ver Eger on planet Celestis but was already a devoted follower of the Ori before being transformed into a Prior. After several encounters with the heroes, his death sets off some of the events in The Ark of Truth.

Another recurring Prior, from Tomin's home planet of Ver Isca. Distinguished by the scar over where his right eye used to be. He healed Tomin's disability but never bothered getting the same treatment for himself. In The Ark of Truth, he serves as the Ori's messenger to Earth but is ultimately converted by the Ark along with the other Priors.