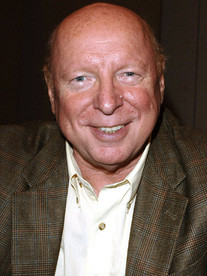 He was born and raised in Aurora, Missouri, and earned a Bachelor of Science degree in theater and art from Southwest Missouri State College. During the Vietnam War he was with the 7th infantry in Korea. By the time he left the United States Army he was a Captain at Fort Leonard Wood and worked with General officers, allowing him to tap his military experiences for his later roles.

In 1970 he received a Master's degree in Theatre from the Southern Illinois University Carbondale. He taught for several years before returning to SIU to complete his PhD in Theatre. In 1987 he stopped teaching to pursue acting full-time.

as a rude gun-toting American drawn up by the Gold Rush), so he got an agent in Seattle. By the time David Lynch started casting for the pilot Davis had built up a decent resume, and Lynch liked the chemistry Davis had with the other cast members. He would go on to land a wide array of major and minor roles across film and television, ultimately making his way back into Canadian acting circles via Stargate SG-1.

He died on June 29, 2008 of a heart attack and his ashes were scattered in the Pacific Ocean. The writers of Stargate Atlantis paid him homage by mentioning that his character had died in the same manner, and naming a spaceship after George Hammond.