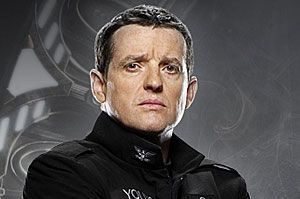 "Make no mistake, my first priority is to make sure that we all return to those we love."
Played by Louis Ferreira

Military commander of the Icarus base, now in command of Destiny. 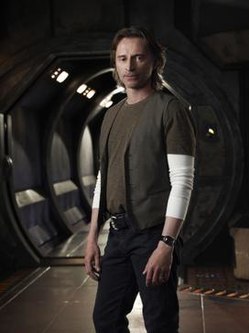 "I have earned the right to make decisions without explaining myself to you or anyone else!"
Played by Robert Carlyle 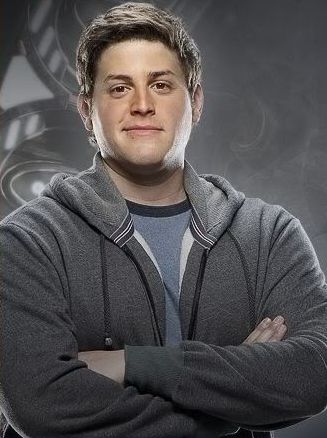 MIT dropout who solved the problem of dialing the ninth chevron (it was embedded in a video game), and Ascended Fanboy subsequently brought onboard. Now acts as The Smart Guy and foil to Rush. Also in charge of the kinos. 25 years old. 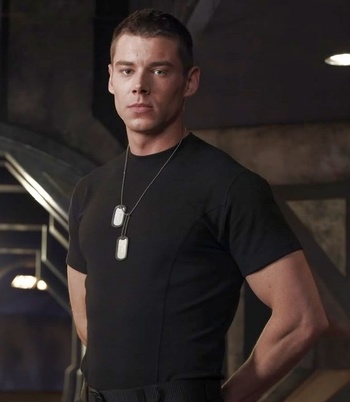 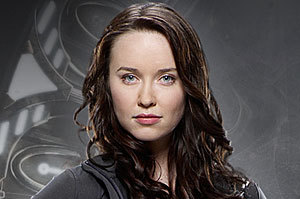 Senator's daughter, accompanied him on a review of the original station. In a relationship with Scott.

An Air Force medic, and Destiny's ranking medical officer. Slated to leave the post just before it was attacked because of an affair she had with Young (with whose child she is pregnant). 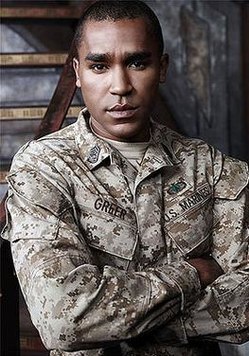 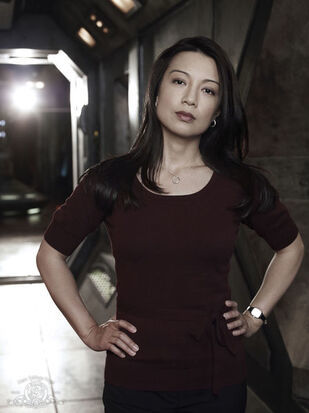 Another Air Force officer on Destiny. As with Riley (see below), despite being military, she seems to be on pretty good terms with the civilians and scientists compared to the drama that occurs among the more prominent members of both sides. 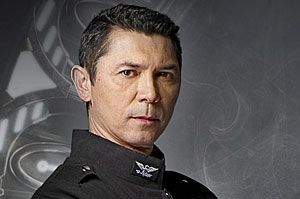 "What can I say? I'm a glutton for punishment."
Played by Lou Diamond Phillips

Air Force officer who was assigned to Icarus, but got out on the Hammond instead of going through the Stargate to Destiny. He seems to be Colonel Young's designated body-swap partner.

One of the scientists (astrophysicist, to be precise) on Destiny.

Runs the Department of Homeworld Security back on Earth.

Essentially a combination of Siler and Walter from Stargate SG-1. He is usually seen supporting the staff at various points. He seems to be good friends with pretty much everyone on the ship; he, among the rest of the military, seems to be particularly competent with Ancient tech as he's identified the address to send them to Earth, helps with major repairs, mans the Stargate console on occasion, and can interpret Ancient. In one of the webisodes he even rigs one of Destiny's consoles to show a false self-destruct signal as a prank on Brody. He died in the second episode of season two.

Runs the mess hall, more or less, and as a result is the go-to guy for meals and making alien food palatable. 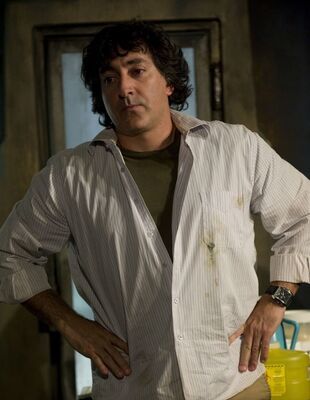 "I always knew I was going to die in space."
Played by Peter Kelamis

An engineer and computer expert. Friends and prank rival with Riley (he gets turned purple for his efforts). Also runs a still used to make alcohol in a makeshift bar for the crew. According to The Other Wiki, Telford's gambit to dial Earth and thus getting Riley injured was why Brody sides with Rush against the military. Which explains why a guy that probably isn't all that violent is willing to space Telford in "Subversion" - hurting Riley, blowing up Icarus, etc. There is the implication that Riley's death has hit him particularly hard out of the secondary characters due to their friendship. As of Season 2, he's also started to get a bit more of an active role in things as well as developing somewhat of an angry snarker personality (though for good reason).

An I.T. tech who shows up near the end of the first half of the season, apparently just to remind us there are more than ten people on the ship. James tries to hook up with him but he turns her down, then he decides to stay on an alien planet because he thinks the people that built it (long story) have a better chance of getting the crew home.

A scientist who, straight from the beginning, just has the worst luck.

Astrophysicist and one of Rush's core team of scientists.

Quadriplegic physicist on Earth; joins the crew via the communication stones in a number of episodes to work on the ship's drive. Love Interest to Rush (whose nickname for her is "Little Miss Brilliant"). NOT Killed Off for Real along with Ginn by Simeon. Since she was killed while connected to another body via the stones, her consciousness stuck in the ether, then linked to Chloe and was downloaded to Destiny. Yes, it's quite a Mind Screw.

The leader of what remains of the Lucian Alliance takeover force. His wife was killed during a rainstorm when the shelter she was in collapsed. He seems to have a thing for TJ. 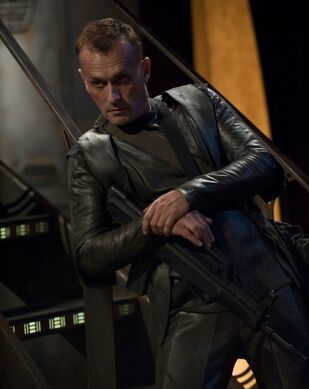 A soldier in the Lucian Alliance and one of the handful that were allowed to stay on board the ship.

Destiny
Yes, the ship. It actually has enough oddities that it must be considered a character.
Senator Alan Armstrong
Played by: Christopher McDonald

A U.S. Senator with oversight over the Stargate program and Chloe's father.

A cowardly soldier who quickly and singlehandedly becomes one of the greatest hindrances to the rest of the crew.