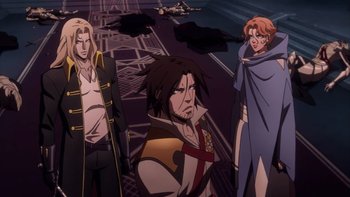 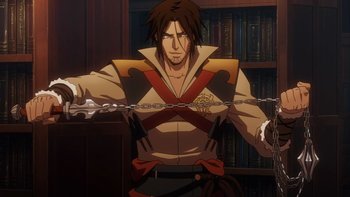 And he didn't even have to whip any candles to get it.
Dracula: I will not be questioned by you. I have told you how it will be. The humans will die. You. Will be taken. Care of. Little Godbrand... little vampire... little parasite. Little boat weevil, who delights in making noise and pretending he is important and dangerous. Are you going to continue questioning ME? Are you going to FIGHT ME, Little Godbrand?
Godbrand: …no.
Dracula: Then why are you still here, making your little noises? Get out before I slit you up the middle and bite out your heart. 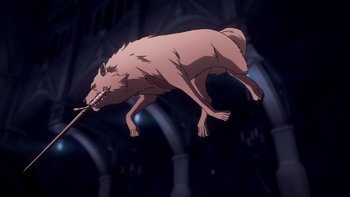 Sif, eat your heart out.