Literature / The Chronicles of Magravandias 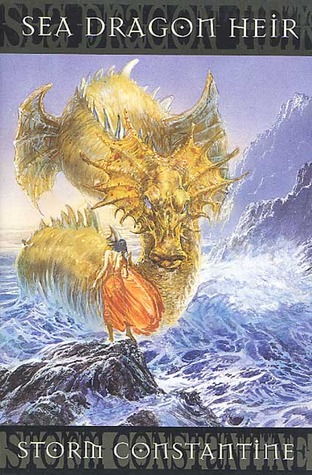 Come rise, come unto me...
Advertisement:

The Chronicles of Magravandias is an epic fantasy trilogy with occasional undertones of Affectionate Parody by British author Storm Constantine. It consists of:

There is also a collection of stories set in the same world The Thorn Boy and Other Tales of Dark Desire.

Two-hundred years later, Magravandias is a vast empire and still expanding with the help of Caradorean nobles leading their armies. Pharinet Palindrake, twin sister to Valraven V, begins to learn the truth of her family and her country's history and wants to revive the power of the sea dragons. This is complicated when she becomes insanely jealous of her best friend, who is destined to marry Valraven and become the sea wife, a role she wants for herself.

The personal drama of Pharinet's love for her brother meets the historical, political, and cultural drama of tensions between Caradore and Magravandias. Tragedy strikes, resulting in the deaths of the Palindrakes' friends and spouses Ellony and Khaster Leckery. Then we abandon Pharinet's narration for Valraven's second wife, and this is just the beginning of the story.

The Chronicles of Magravandias provides examples of: