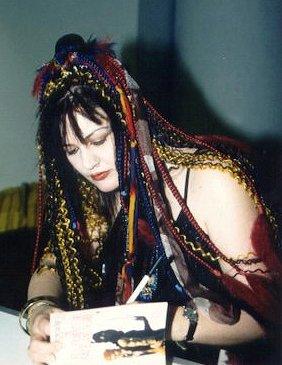 Storm Constantine (1956-2021) was a British sci-fi and fantasy author. Having worked and lived in the English Midlands, her career began in the 1980s with what is probably her most famous work, the first Wraeththu trilogy. Later on, she opened up her own publishing house, Immanion press, which not only published her own work but also the work of writers such as Tanith Lee. Fiona Mc Gavin, Lilith Free Feathers, and Erynn Rowan Laurie.

Works by Storm Constantine with their own trope page include:

Other Works of Storm Constantine: