This page is for characters in the Star Wars Legends New Jedi Order, Dark Nest Trilogy, Legacy of the Force, and Fate of the Jedi book series, as well as the standalone novels Millennium Falcon, Crosscurrent, and Riptide, along with the comic series Invasion. The comic series Legacy has its own page.

Note that there is significant character overlap with the X-Wing Series, with the novel Mercy Kill taking place in this time period. For characters from that novel, please refer to that series character page. 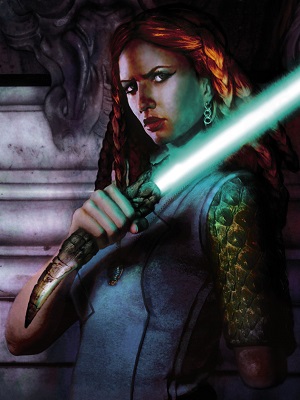 Appears in: Young Jedi Knights | The New Jedi Order | The Dark Nest Trilogy | Legacy of the Force | Fate of the Jedi | Good Hunting

Tenel Ka Djo was the daughter of the man who almost married Leia in The Courtship of Princess Leia. A hot-headed princess, she was attending the Jedi Academy by the time of the Young Jedi Knights series and was friends with the Solo children. An accident during a lightsaber training session against Jacen due to the botched construction of her first saber cost her an arm, that she adamantly refused to replace with a prosthetic. She eventually grew up to inherit the throne her mother and grandmother had held before her. She had a daughter with Jacen, but had to fake Allana's death to protect her from political opponents. 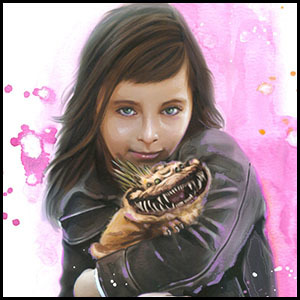 Appears in: The Dark Nest Trilogy | Legacy of the Force | Fate of the Jedi | Good Hunting | Sword of the Jedi Trilogy
"Jedi are supposed to be strong!"

The young daughter of Jacen Solo and Tenel Ka Djo.

A cousin of Tenal Ka, Taryn Zel and her twin sister Trista are part of a secret Hapan organization that protects and serves the Queen Mother. After meeting Jedi Knight Zekk near the end of the Second Galactic Civil war, they entered into a relationship and became engaged after a secret mission together.

Appears in: The New Jedi Order

A young Chiss officer of the Expansionary Defense Force, Irolia is an ally of Soontir Fel. 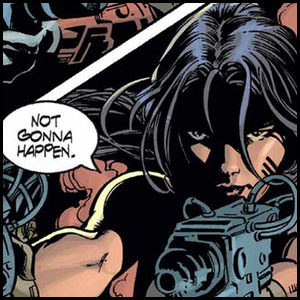 Appears in: Tales | Blood Ties | Legacy of the Force
"Never miss me with the first shot. 'Cause you'll never get a second one."

Wife to Boba Fett, Sintas experienced a break up with him, and was frozen in carbonite for 40 years. 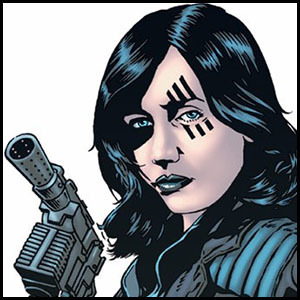 Appears in: Tales | Blood Ties | Young Jedi Knights (Retcon) | Legacy of the Force
"It's not illegal to be a bounty hunter."

The daughter of Boba and Sintas, following their footsteps in becoming a bounty hunter. Being raised by Sintas without Boba's influence, she came to resent her absent father and sought revenge against him after her mother's presumed death. After seemingly killing him, she stole his identity. 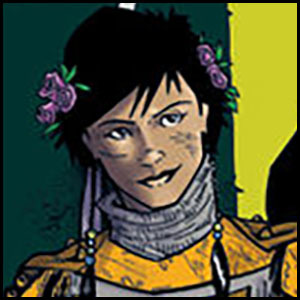 Appears in: Legacy of the Force | Crucible
"I'm just trying to get by in a tough galaxy."

The granddaughter of Boba Fett, Mirta was born to Fett's daughter Ailyn Vel and Mandalorian warrior Makin Marec, she became her mothers partner in bounty hunting, joining with her in their search to kill her grandfather. She eventually joins Fett after her mothers death and learning that he was nothing like she and her mother had thought.

Appears in: Boba Fett: A Practical Man | Legacy of the Force
"I exercise... prudence."

A Mandalorian commando and bounty hunter, Beviin serves a Mandalore Boba Fett's chief advisor and lieutenant. He runs a small farm on Mandalore alongside his husband Medrit Vasur and their adopted daughter Dinua Jeban.

A blacksmith and the husband of Beviin. 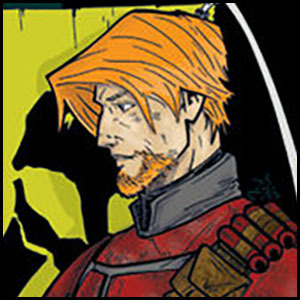 Having lost his parents at a young age, he was taken in by Novoc, a family friend. He would later serve Mand'alor Boba Fett during the Second Galactic Civil War. During the war, he fell in love with and married Boba's granddaughter, Mirta.

A warrior of Clan Vevut, he took in Ghes after he lost his parents.

Other allies of Boba

Appears in: Republic Commando Series | Legacy of the Force

The son of Clone Commando Darman and Jedi Knight Etain Tur-Murkan. After Order 66, he was adopted by Kal and raised in Mandalorian culture. 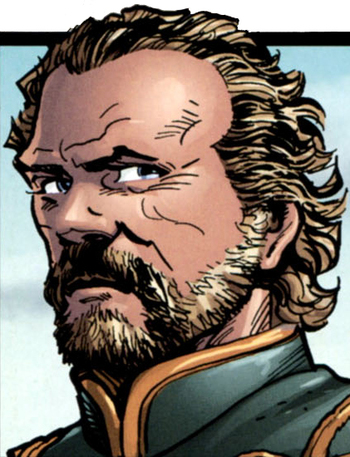 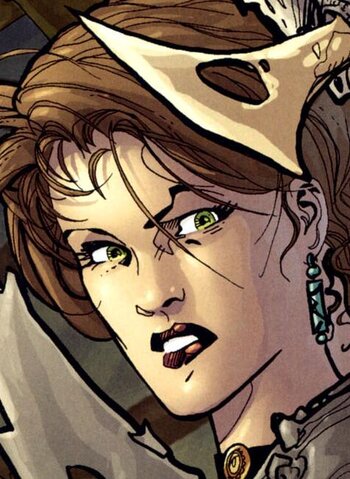 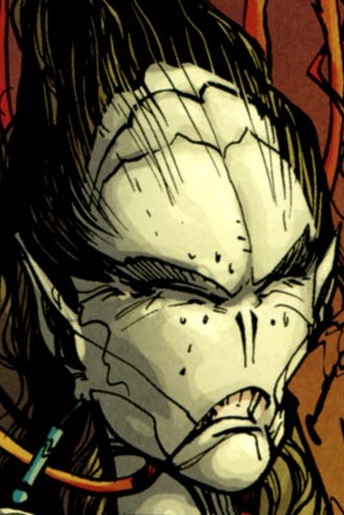 Nina Galfridian is the Queen of Artorias, married to its king, Caled, and stepmother to his two children Finn and Kaye. After the planet's fall, she's the only one aboard the slave ship capable of enduring its intensely painful user interface and pilot it. 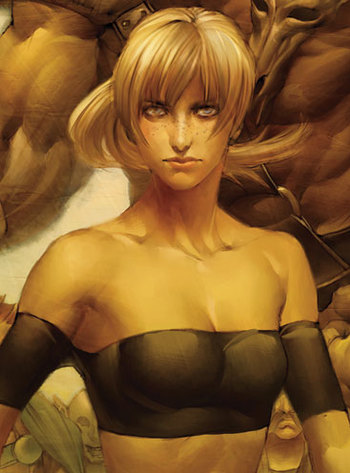 A close friend of King Caled. 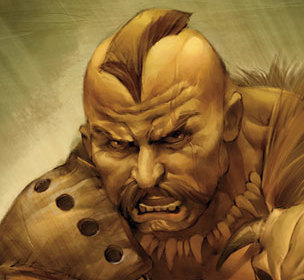 Arbeloa, also referred to as Arb, was a male member and sole survivor of the Cilare, a species of warriors whom the extra-galactic Yuuzhan Vong exterminated around 25 ABY at the start of the Yuuzhan Vong War.

A human Mandalorian commando who commands a small army of Mandalorians, Rhal was hired by Chief of State Natasi Daala to lay siege to the Jedi Temple and eliminate anyone who stood in her way. He proved to be a complete psychopath when he murdered Jedi Apprentice Kani Asari when she came out to negotiate on behalf of the Jedi, When he began to put down a peaceful slave protest by massacring everyone involved, including a reporter filming the event, two Jedi Knights dispatched to negotiate a solution captured him and turned him over to the authorities to be prosecuted. 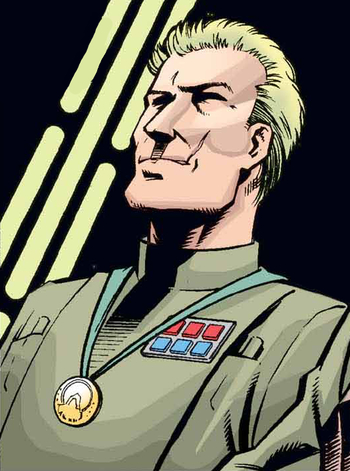 Appears in: Fate of the Jedi
Miscellaneous 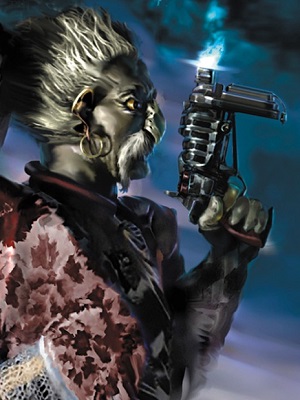 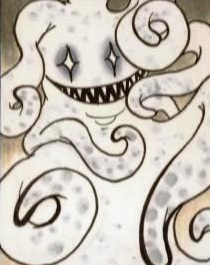 Appears in: Fate of the Jedi

Abeloth is a Force entity that is discovered living in the Maw by Luke and Ben in 43 ABY. She causes a group of Jedi Knights who stayed in the Shelter space station located in the Maw during the Yuuzhan Vong War to go crazy and try to seek her out, in an attempt to gather an army of Force users to take over the galaxy as the "Beloved Queen of the Stars", and to take their bodies as her own. When that fails, she co-opts portions of the Lost Tribe of Sith to serve her. She is eventually revealed to be related to The Ones, a group of Force entities encountered during The Clone Wars. At the end of Fate of the Jedi, her bodies have been destroyed along with a manifestation of herself in Beyond Shadows, but she will eventually reform, causing the Jedi Order to take steps to stop her for good when she returns.