Character subpage for characters that originated from Fubuki's channel. 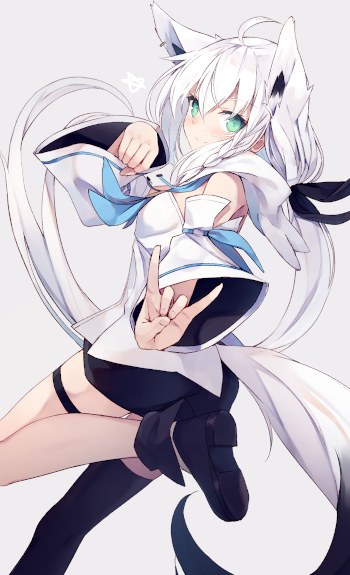 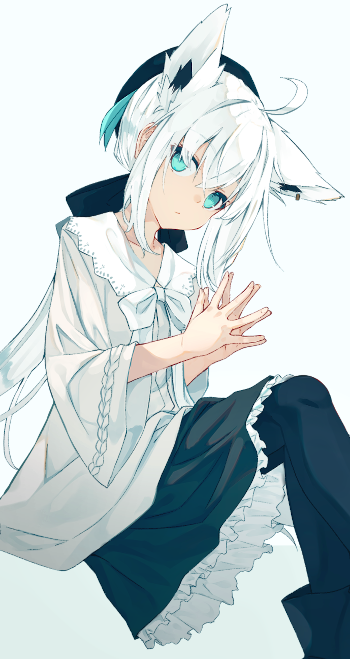 Species: Kitsune
Place of origin: In the mountains

of most likely Kansai, Japan
Occupation (bar idol): Student
Say! Come on, lift your face up!
Everyone link our hands together.
Dive! Though we're still underway,
We'll cross the world!
Say! Come on, push through!
Don't stop no matter what!
Write your dreams,
Keep on chasing,
Together, connected, fan-fa-re!
— Say! Fanfare!

Fubuki's dark persona. Originally a split personality, she was Fubuki's "dark side" that would come out in certain moments. At some point, she was given her own body and has since been living with Shirakami. Being effectively her own character, she gets a dedicated stream every once in a while, and even make appearances in Shirakami's on rare occasions.

As one of the first alternate personas in the entirety of hololive, she has become a significant part of Fubuki's character lore, showing up in covers and official

songs, as well as technically being one of the only non-hololive members to have their own 3D model 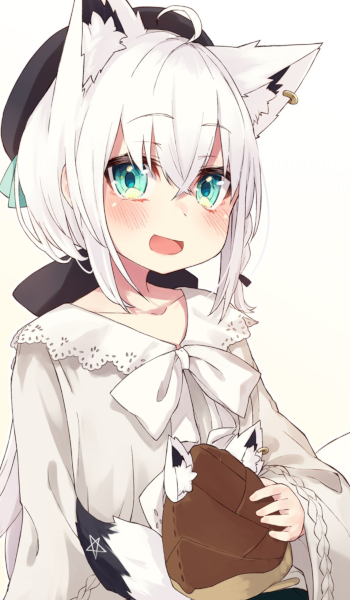 titled "Marshmallow answering session with Chibi Fox Fubuki [#ChibiFox]", she would continue to make appearances in Shirakami's streams once in a blue moon.

Despite technically being an alternate persona, she has been featured in several collaboration streams and songs, including ones with

This profile details trope examples specific to her character on:
Streams and videos on her channel with their title mentioning the name "フブちゃん" (Fubu-chan) or "ちびっ狐" (Chibi Fox),
OR Content where Fubuki speaks in a child-like (loli) voice.