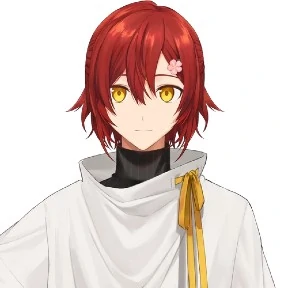 Otsumiyabi!
"The peach blossom is his trademark. He is a cute kind of boy. Usually calm, his attitude may shift during gaming."
—Official description 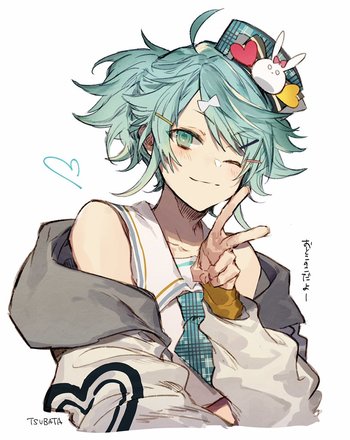 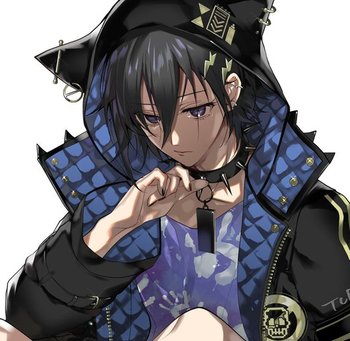 "A dude trying to live his life with little money. As he has nothing to do, he treats housework as a hobby. He is kind of strange, but is definitely a good man. Though he is cool, he never forgets to thank people. He loves to sing and clean his guitar."
—Official description 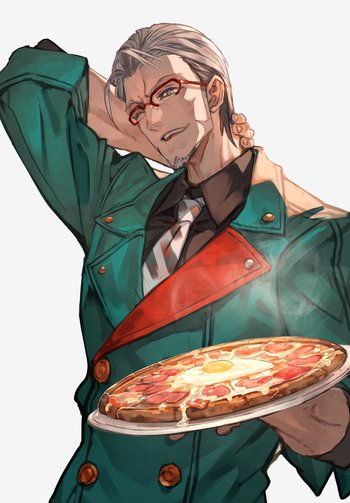 Ciao!
"An Italiano who always tricks people with his dandy looks and the actual personality he has. A Mr. Nice who is calm and collected (at least, that is what he wishes to be), he has a bad sense of direction. He is also the kind of person who tries before thinking when it is up to new challenges. When he plays games, he sort of empathizes and gets into the character’s role a bit too much."
—Aruran's official description 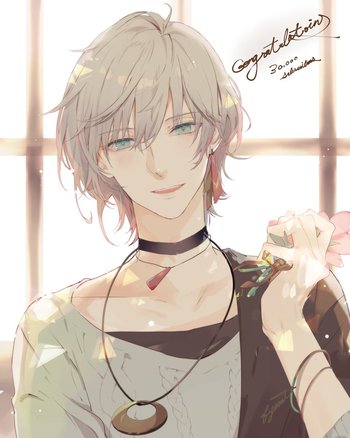 Halloroid!
"A robot created for Holostars. As he loves to learn new things, he absorbs all sorts of information from databases and the Internet. He is also interested in human beings, which is why he started streaming, even though sometimes he suddenly bugs out and becomes awkward."
—Rikka's official description "Raised by his grandmother since his childhood, he prefers the Japanese style of things. He wears a kimono that has been passed down in the Yakushiji family for generations and carries a sword as a good luck charm at all times. He is basically sketchy. He is a lonely person, but he is not good at crowded places. He is the type of person who is totally absorbed in games."
—Suzaku's official description (translated from Japanese)
Debut date: September 7th, 2019
Retirement: March 6th, 2020
Birthday: March 24th
Height: 180 cm
Illustrator: Fuji Mitsuya 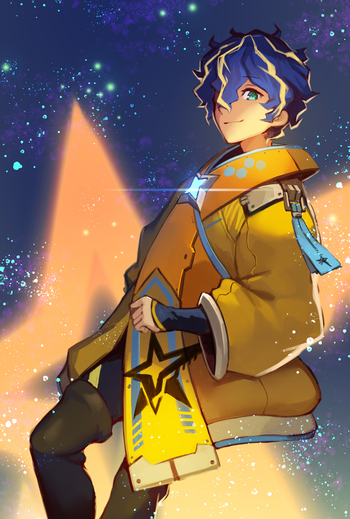 "Although he is kind of self-indulgent and childish, this Mr. Handsome cares a lot about his friends. He does not remember much from his past, however he sometimes stares into the sky and smirks. We wonder what that thing is that floats around him..."
—Official description 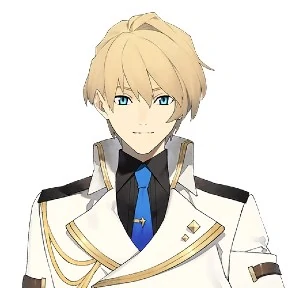 Kon-kishi~!
"A cheerful and energetic knight apprentice from the School of Knights. He has never-ending smiles. Chivalrous spirit has meant everything to him since he was born. After graduation, in order to know more around the world, he managed to challenge lots of different things. He had his first ramen recently and he was amazed by it."
—Official description 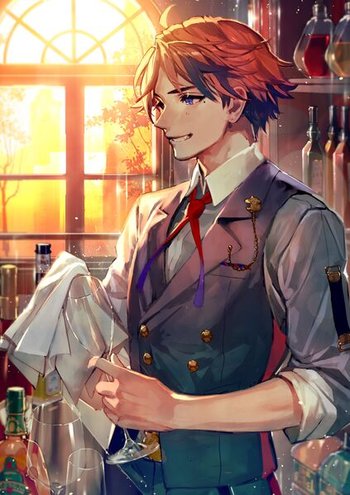 "Honane!"
"The master of a hideaway bar: ROBEL. He streams before opening time. He talks to anyone openly, however it is hard to guess what he is thinking. Even though there are many chances for him to drink, it doesn’t necessarily mean he is a good drinker. His motto is: Men happily believe what they wish."
—Official description 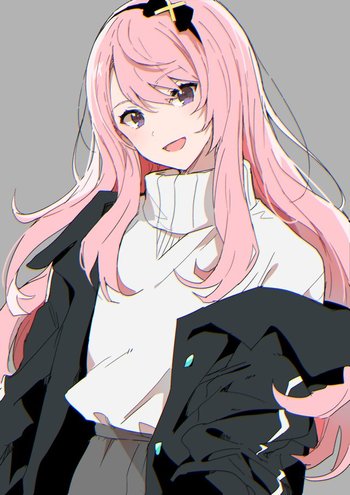 Dokkan!
"An apprentice make up artist with an obsession with cosmetics. Even as a man, he enjoys adorably cute things. Strives to be beautiful on the inside and outside. Worried about being in the wrong Hololive audition, was guided by Shinove after confirming his gender."
—Official description
Debut date: April 29th, 2020
Retirement: July 28th, 2020
Birthday: August 29th
Height: 174 cm
Fanbase name: FUNdation
Illustrator: むっしゅ
Shien Kageyama 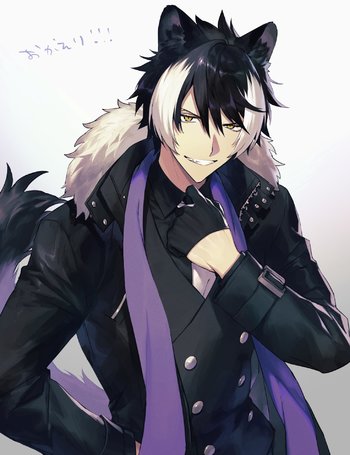 "You guys! It's time for the mission!"
"A mafia boss from the land of beastmen. Came to our world in search of his missing best friend. Was scouted by Shinove after coming to a standstill in his search. Acts tougher than he really is but doesn't have the talent to be truly evil."
—Official description 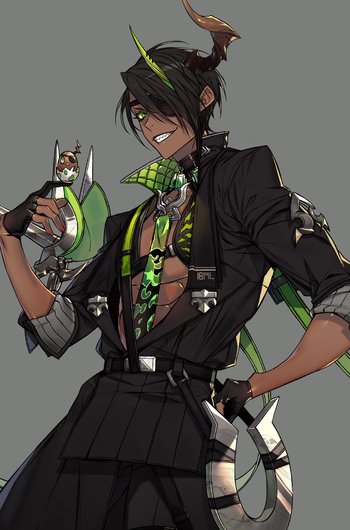 "Arigasankyu!"
"Ex-military who had been fighting for around 5,000 years in a parallel world. Had recently retired from service and was sightseeing in Japan when he was scouted by Shinove. Was introduced to retro gaming and has been hooked ever since."
—Official description 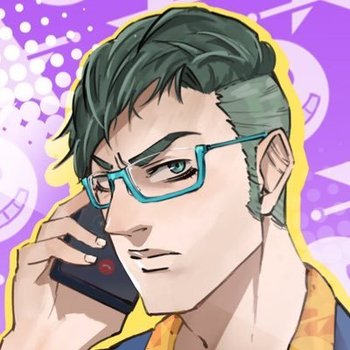 Birthday: January 13th
Illustrator: ikuyoan
Holostars' manager, who occasionally drops by during their streams to check in on (or make fun of) them.