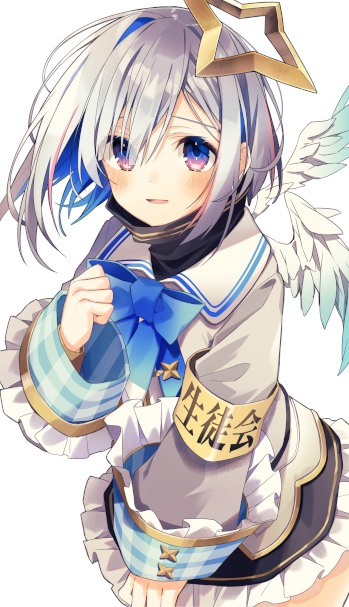 The management's attempt to stop my singing is in vain.
Manager and YAGOO, forgive me-soran.
Put your backs into it! (Ha! Ha! x3)
Let's dokkoisho...
— Kanata's Soran Bushi (Kanzakihiro mix)

An angel from the Angelic-Realm Institution. She is now studying how to heal people. To hide her shyness, she pretends to be cool.
Coco Kiryu

"GOOD MORNING, MOTHER FU●KERS."
"A child dragon (3,500 years old is young in dragon years) who is fond of human culture. She traveled from another universe to ours, just to study Japanese in a random language school. Also an honorable and heroic dragon who is filled with justice. She tries really hard to keep her human form."
—Official description 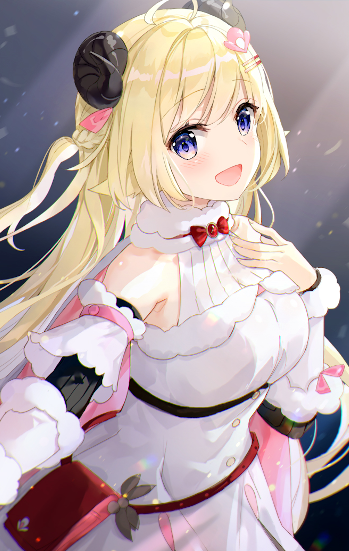 , Japan
You see through all my weaknesses...
You hold me when I'm lonely...
We always laugh together,
And despite sometimes getting into fights,
I want you by my side forever.
...Promise me.
Ahh, I said it...
— Ai-mai Chocolate

A sheep bard that goes around everywhere. She loves singing and is fluffy! YES! FLUFFY! She loves potato chips.
Towa Tokoyami 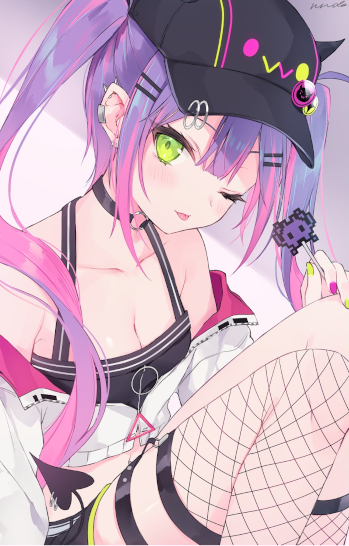 Am I broken?
Do you know if I am broken?
Even still, these tears hurt, they burn.
Did I reach you?
In my singing voice,
Even if I line up my last words,
Layered colors show through...
— Towa's cover of -ERROR

In order to become an archdemon, she joined the human society for further studies. She should be studying but is now addicted to gaming. She realized that the method commonly known as “streaming” is also a way to communicate with humans. She is now in the “trial and error” process.

Towa is known for her deeper voice, especially when singing, her abnormally large ratio of overseas fans, and her wholesomeness, to the point that her fans ironically call her an angel. She's an avid Apex Legends player which is where most of her famous desk slams come from. Typically, she streams in the morning or evening with gaming, karaoke, and chatting streams. Her Kenzokus are close-knit, always greeting new members with "Welcome to the family!", and they get the chance to play with her in her monthly Apex Legends viewer participation endurance streams or in Overwatch viewer participation matches.

Towa doesn't collab frequently, presumably due to a busy schedule or how she has a healthy sleeping cycle

. That said, her collab partners have steadily included Roboco, AkiRose, Choco, Subaru, Mio, Okayu, Pekora, Marine, Kanata and Nene. Outside of hololive, she's part of Tokonokise with Sio Kusunoki and Uruha Ichinose, and has collabed with Ran Hinokuma a few times.
Luna Himemori 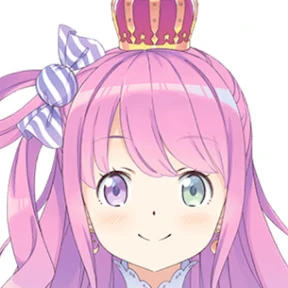 "NNAAAAAAAAAAAAAA!!!"
"The princess of sweets. She sticks around people, and is easily impressed. However, when her childishness overloads, she will get scolded by her butler. It was also told that those moonshapes are the symbols of her country."
—Official description