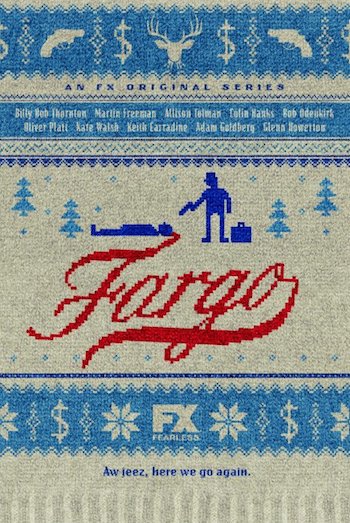 This is a true story. The events depicted took place in Minnesota in 2006. At the request of the survivors, the names have been changed. Out of respect for the dead, the rest has been told exactly as it occurred.
— the text that opens each episode
Advertisement:

Starting on April 15, 2014, Fargo (Season One) follows insurance salesman Lester Nygaard (Martin Freeman) and his trek into darkness after shady drifter Lorne Malvo (Billy Bob Thornton) influences him to stop absorbing the disappointment of his mundane life and start lashing out against those who belittle him. The actions that follow garner attention from Deputy Molly Solverson (Allison Tolman) and Officer Gus Grimly (Colin Hanks), who eventually cross paths and join investigative forces to take the two criminals down.