Series / A History of Scotland 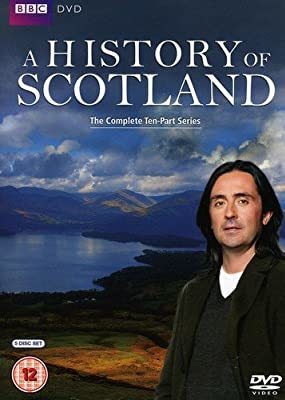 "I want to look beyond the legends, to find the real story of Scotland. And it's every bit as thrilling."
—Neil Oliver (Series One, Episode One)

Running from November 2008 to November 2009, A History of Scotland was an ambitious documentary made by The BBC exploring the history of Scotland. Presented and narrated by author, broadcaster and archaeologist Neil Oliver, the series was first broadcast on BBC One Scotland and consisted of ten sixty-minute episodes spread over two series.

Consisting of shots of the presenter strolling dramatically across Scotland's beautiful natural landscape, historical reconstructions to accompany Neil Oliver's narration and a kick-ass original musical score by James Newton Howard, the series aspired to add a sense of drama and romance to the show rather than create another dry, matter-of-fact history lecture. Whether this adds to the experience or detracts from the show's capacity to educate the viewer is a matter for the viewer.

Examples of Tropes found in this series: