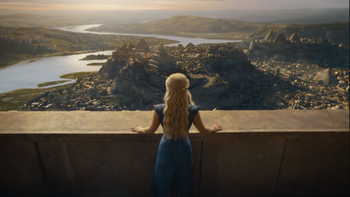 Even Daenerys is mesmerized by the view