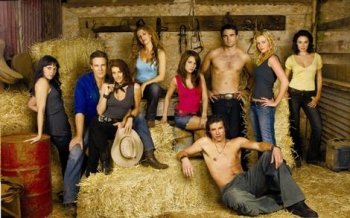 McLeod's Daughters is an Australian Soap Opera revolving around the McLeod family farm, Drovers Run. (No relation to that McLeod family.) The series ran for eight seasons from 2001 to 2009. Its focus began on two sisters, Claire and Tess, attempting to run the family farm after the death of their father.