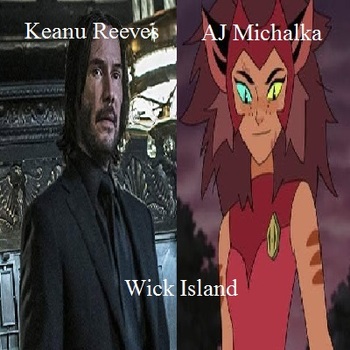 Wick Island is a John Wick and She-Ra and the Princesses of Power crossover fanfiction story created by MovieVillain.

Taking place after the third John Wick film and second She-Ra season, John Wick has come to rescue Catra from being sent to Beast Island. He then reveals to her of heritage, causing her to defect from the Horde and join the Rebellion.

in Archive of Our Own. There is also a sequel called Endgame.