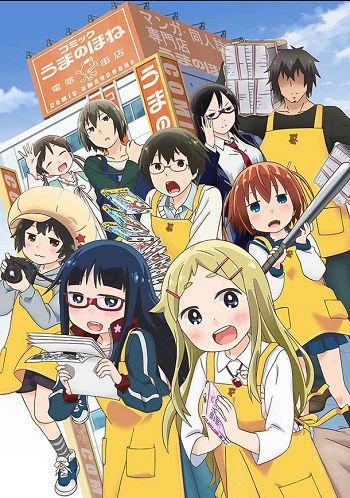 Denki-gai no Honya-san!, or The Electric Town's Bookstore, is a Slice of Life comedy series revolving around the daily misadventures of the employees of the Umanohone Bookstore, a parody of real-life doujin stores in areas such as Akihabara.note For any reason, the centers of electronics trade in major Japanese cities are centers of the manga/anime/video game-related subculture as well.

The series is mostly gag-based, with a few consistent story threads.