This is a partial character sheet for Kamen Rider Zero-One. Visit here for the main character index. Subjective trope and audience reactions should go on the YMMV page.

"Now, let's make a giant leap towards our vision!"
— The company's motto, spoken by Korenosuke Hiden
"Take Off Toward A Dream."
— Hiden Manufacturing's company slogan 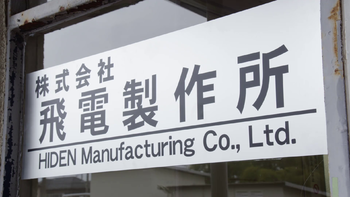 A tech company responsible for the creation of the HumaGears, as well as the Zero-One Driver. After the end of the Workplace Competition arc, it's replaced as the main company of the series by Aruto's own company, the much smaller Hiden Manufacturing. When Hiden Manufacturing is destroyed in Episode 40, Hiden Intelligence takes the main stage once again as the focus company. 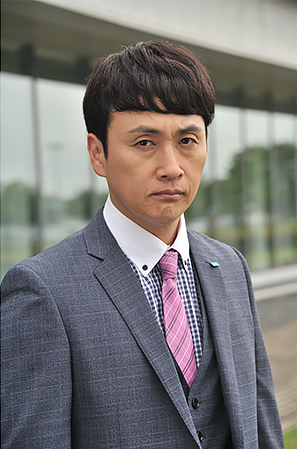 The world's top number two, is me.
Click here to see Fukuzoe in Reiwa Generation. 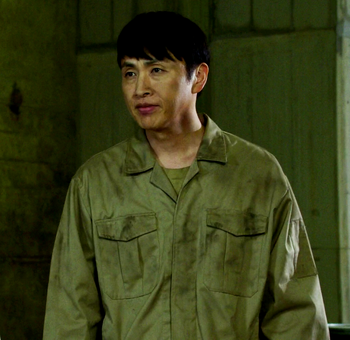 As the Vice-President of Hiden Intelligence, Fukuzoe was expected to take the President's chair after his passing, only to be passed over for Aruto. Now bitter and resentful, he schemes to have Aruto ousted from the company. 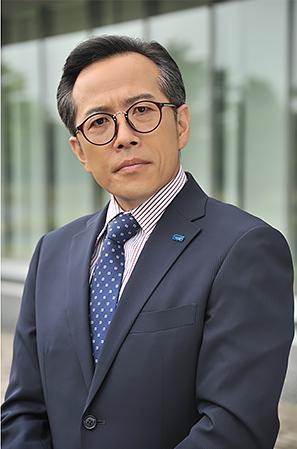 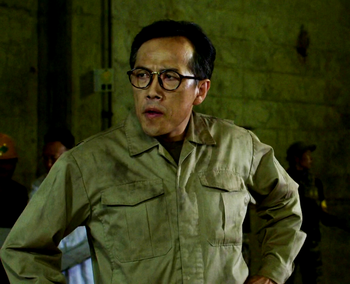 A member of Hiden Intelligence's Board of Directors and Jun Fukuzoe's sycophantic subordinate, always enabling his schemes without question.
Korenosuke Hiden 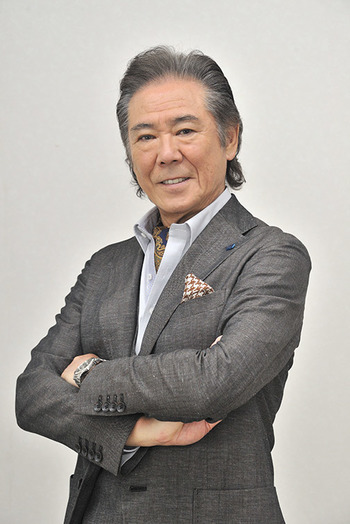 Let's make a giant leap towards our dreams.
Aruto's late grandfather and the founder of Hiden Intelligence, who designed the HumaGears to advance mankind into a new era of prosperity.
Isamu Fuwa/Kamen Rider Vulcan

After leaving his post with A.I.M.S. Fuwa has been hired on by Aruto to act as a security guard for Hiden Manufacturing.
For his character tropes, see the A.I.M.S. section.
Other Personnel 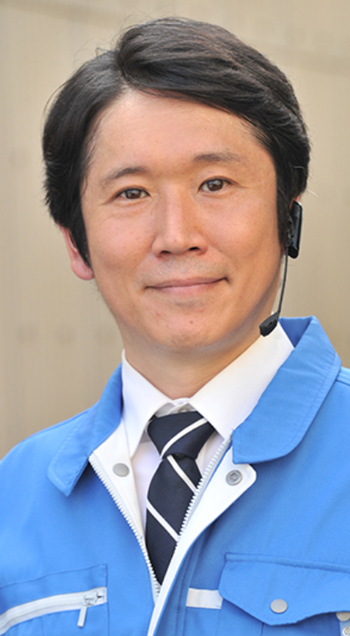 As the head of this factory, I'll make sure all HumaGears here are eliminated!
The late chief of production at Hiden Intelligence's HumaGear Factory 1. He was blamed for the town's destruction, but his son Go, bullied for his father's supposed role in the incident, looks for the truth.
Satellite Zea 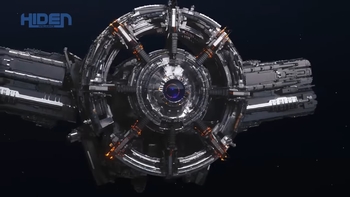 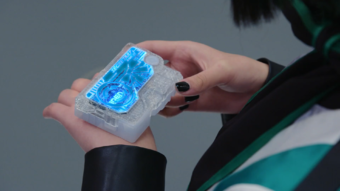 The personal Progrise Keys of the HumaGears that Aruto has directly assisted over the course of the show, initially created to help empower the Progrise Hopper Blade. After Gai had ordered all HumaGear activity to shut down, the Progrise Keys remain in the care of Aruto while he works on bringing back the deactivated HumaGears. 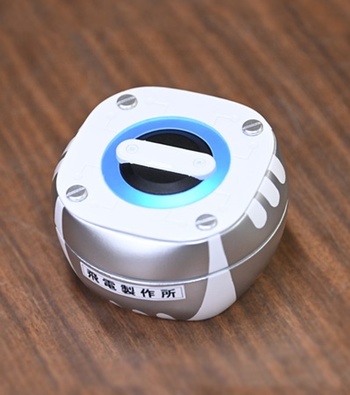 My name is Ai-chan. Good morning!
A special AI "friend" created by Bot Hakase and conceptualized by Aruto Hiden as Hiden Manufacturing's first original product, initially produced to serve as a companion/confidante to Isamu Fuwa. 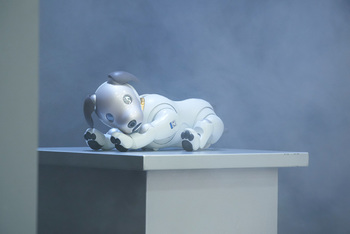 A series of robot dogs created by Hiden Intelligence before HumaGears. Gai Amatsu owned one aptly named "Thouser" during his childhood until he was forced by his father to return it to Hiden for perceived academic failure. 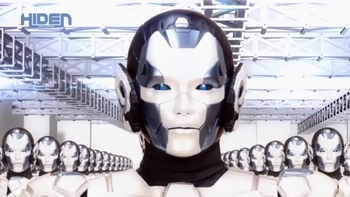 "Take off, toward a dream."
—A HumaGear's start-up announcement.

Human-looking androids outfitted with an advanced A.I. that allows them to recognize people and objects, created by Hiden Intelligence to serve and grow alongside humanity. They are the main source of conflict for the series.
In General
Is 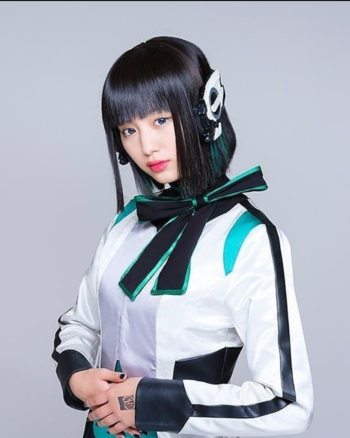 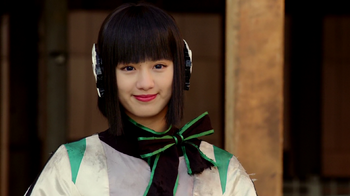 A Secretary-Type AI assistant HumaGear designed to serve the President of Hiden Intelligence.

By Episode 30, Is left Hiden Intelligence, and assumed the role of Aruto's assistant in his new position as president of HIDEN Manufacturing. She is killed by Horobi in Episode 42; in the finale, Aruto builds a new Is model, with none of her memories from the series due to secruity protocols related to the Zero-One Project. 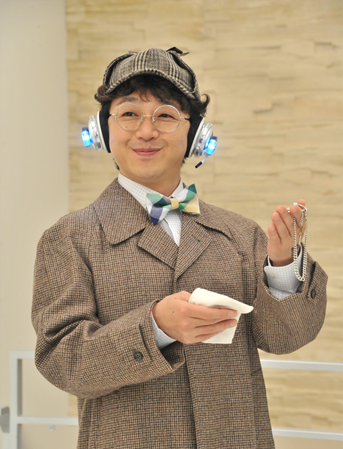 You see, my dear Is... I am your older brother.

An ace detective-type HumaGear who appears to help prove Aruto and Hiden Intelligence's innocence after they were being accused of manufacturing the multiple Little Assassins that went berserk and eventually attempted murder. He is also a prototype model HumaGear personally designed by Korenosuke as the base for Is's model later on, technically making himself her "older brother". 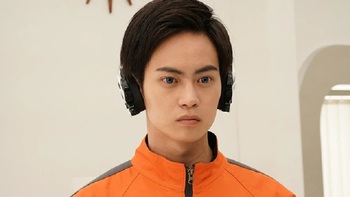 There is no oxygen in space, but that's not an issue for HumaGears like us.
One of the two HumaGears that helps maintain and administrate Satellite Zea and the equipment Zea stores for Zero-One, the other being his older "brother" Raiden.
Soreo Hiden/Kamen Rider Ichi-Gata 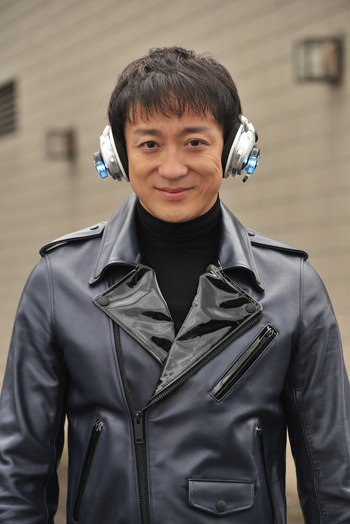 Aruto's adoptive android father.
A prototype HumaGear made to replicate Aruto's father. He sacrificed himself to protect Aruto when he was younger. In Kamen Rider Reiwa The First Generation, he becomes Kamen Rider Ichi-Gata in the altered timeline.

Tropes exclusive to him as Kamen Rider Ichi-Gata 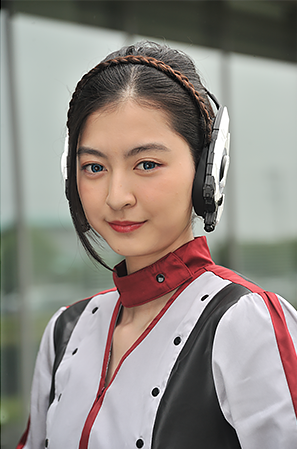 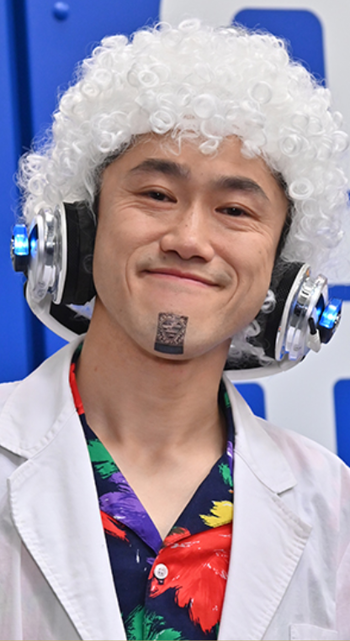 This is a big discovery!