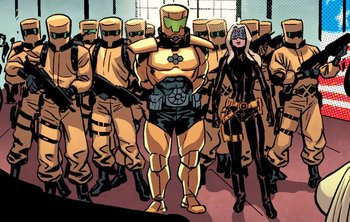 A.I.M. is an organization of brilliant scientists and their hirelings dedicated to the acquisition of power and to overthrowing all the world's governments through science and technology. Its leadership traditionally consisted of the seven-member Board of Directors (formerly known as the Imperial Council) with a rotating chairperson. Under the Directors are various division supervisors, and under them are the technicians and salesmen/dealers.

The organization supplies arms and technology to various terrorist and subversive organizations both to foster a violent technological revolution and to make a profit. A.I.M. operatives are usually involved in research, development, manufacturing, and sales of high technology. Members of A.I.M. are required to at least have a master's degree, if not a Ph.D., in some area of science, mathematics, or business.

A.I.M.'s reach is worldwide, including various front organizations such as Targo Corporation, International Data Integration and Control, and Cadenza Industries. A.I.M. has also operated under some other fronts including Koenig and Strey, Pacific Vista Laboratories, Allen's Department Store, and Omnitech.

A.I.M. has had several bases of operations, including a nuclear submarine mobile in the Atlantic Ocean; a base in the Bronx, New York; Black Mesa, Colorado; West Caldwell, New Jersey; Asia, Canada, Europe, Haiti, India, Sudan, and Boca Caliente (also known as A.I.M. Island), an island republic in the Caribbean. 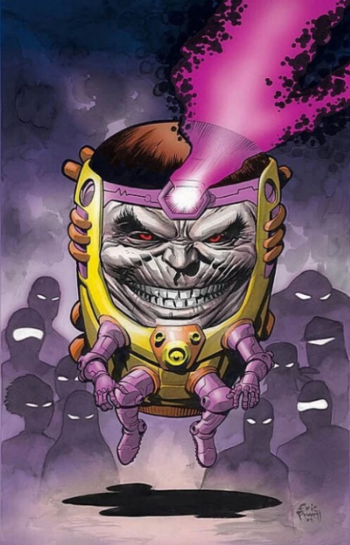 "If you think I've evolved beyond the joys of murder, you'd be wrong."

Thor: Tis some kind of... of... That is a very big head.
M.O.D.O.C.: I AM M.O.D.O.C.! I am the ultimate in human-machine interface! I am designed ONLY FOR CONQUEST!
The Wasp: Whatever you say, freak-show.
— The Avengers: Earth's Mightiest Heroes

M.O.D.O.K. is a Marvel Comics super-villain created by Stan Lee and Jack Kirby. Making his Silver Age debut in Tales of Suspense #93 (September, 1967), M.O.D.O.K. has been featured in over 40 years of Marvel canon. While originally a foe of Captain America, M.O.D.O.K. is not tied to a single hero's Rogues Gallery. He has battled the likes of The Falcon, Nick Fury and S.H.I.E.L.D., Iron Man, Namor, the Hulk, rival villains Mad Thinker and Yellow Claw, Ms. Marvel, the Champions (Angel, Iceman, Black Widow, Darkstar, Ghost Rider, and Hercules), the Thing, and the Serpent Society. The latter group managed to assassinate him back in 1986. But M.O.D.O.K. was revived in 1995 and has remained a prominent villain since then.

A lowly technician working for Advanced Idea Mechanics, George Tarleton was nothing special. One day, Tarleton is picked by A.I.M.'s Scientist Supreme to be genetically altered into a living computer code-named M.O.D.O.C.: Mental Organism Designed Only for Computing. The experiment was a success: Tarleton's brain became enormous, granting him superhuman intelligence and vast psionic powers. Driven mad by the procedures performed on him, M.O.D.O.C. kills his masters in cold blood. Enjoying the slaughter, M.O.D.O.C. renames himself M.O.D.O.K.: Mental Organism Designed Only for Killing. Having eliminated the existing command structure, M.O.D.O.K. takes over A.I.M., declaring himself the new Scientist Supreme.

Tropes associated with M.O.D.O.K. include:

Monica Rappaccini was the Supreme Scientist of A.I.M.. Her daughter, Carmilla Black, is the Scorpion. 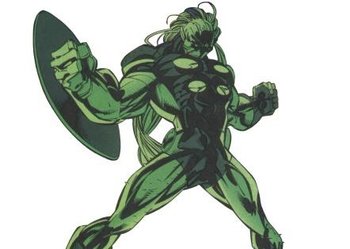 An artificial being created by the terrorist group A.I.M. for their evil plans to assassinate Captain America, it holds a fragment of the Cosmic Cube that serves as its limitless power source and can copy the powers of any being it wants. 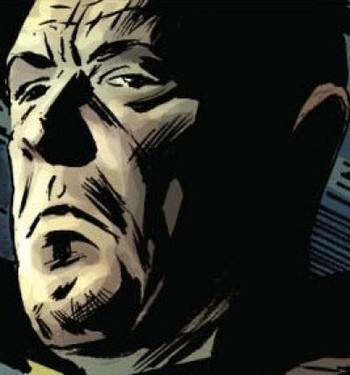 A Sleepwalker/human hybrid from the Mindscape. She works for A.I.M. in exchange for getting help for her comatose human father. 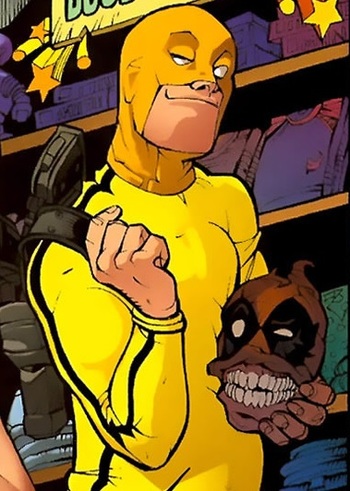 An agent of A.I.M.. He was sent to The Savage Land to track down a biological weapon (Headpool). 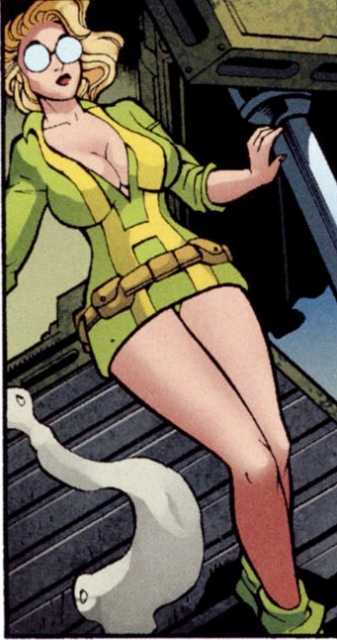 Cache is the man behind Parliamech. He is the keeper of all knowledge, seeker of all truths, and the storehouse of all recorded information. 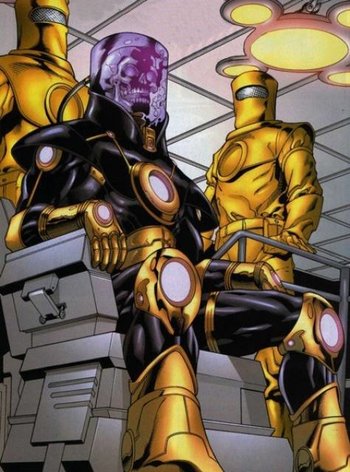 A.I.M. agent that was killed and was resurrected by A.I.M. scientists to be the spawn of M.O.D.O.K.. 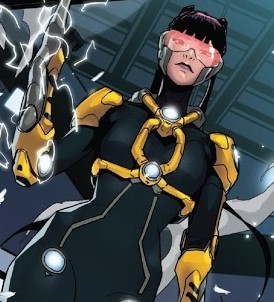 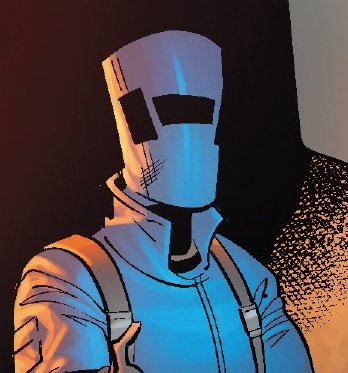 An agent from Avengers Idea Mechanics' Stores department (duh), who hasn't quite got the memo about not being evil anymore.