Web Video / The Key of Awesome 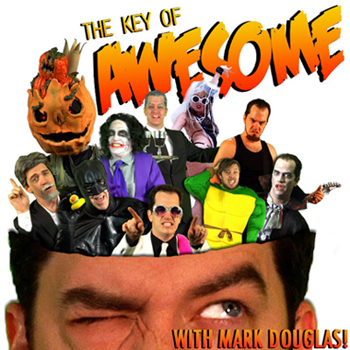 The Key of Awesome presents low-budget but funny parodies of current pop hits. The rewritten songs mock their singers, recent movies and TV shows, or other pop culture phenomena. It was created by Barely Productions, which includes such comedians as Mark Douglas, his friend Todd Womack, and Mark's wife Anastasia Douglas.

All things Key of Awesome can be found here

. On February 4, 2018, Mark announced that the series was going on hiatus.

, but said he would return to the show with a more relaxed schedule at a future date.

The Key of Awesome provides examples of: