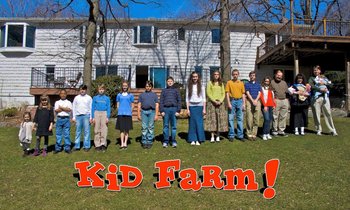 Totally not inspired by The Duggar Family. No, siree.
Advertisement:

The series details the lives of Bill and Jean Engvall (not the comedian) and their 17 kidsnote give or take and their daily lives.

It's essentially a spoof/Take That! at the Duggar family, the well-known family of 19 Kids and Counting; however, it's still best to proceed with caution with editing.