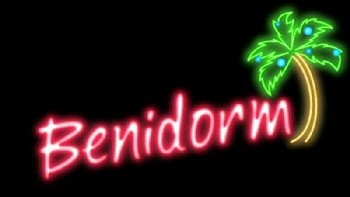 Welcome to the all-inclusive Solana resort. Enjoy the comedy and your stay.
Benidorm (2007-2018) is an award-winning British comedy-drama set in the well known Spanish resort of Benidorm after which the show is named, with an Ensemble Cast. Broadcast by ITV.
Advertisement:

The series officially concluded in May 2018 after ten seasons and 2 specials. A stage adaptation, Benidorm Live, ran from September 2018 to April 2019.