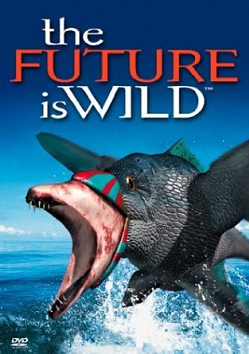 The series also spawned a CGI children's animated series produced by Nelvana. This Animated Adaptation starred a teenage girl from ten thousand years into the future named C.G. who explores the environments featured in the miniseries alongside a group of twenty-first century teens (Luis, Emily, and Ethan) — as well as a future squid — picked up by accident. It ran for 26 episodes on Teletoon and Discovery Kids from 2007-2008. Tropes for the cartoon can be found here.