Series / It Could Happen Tomorrow 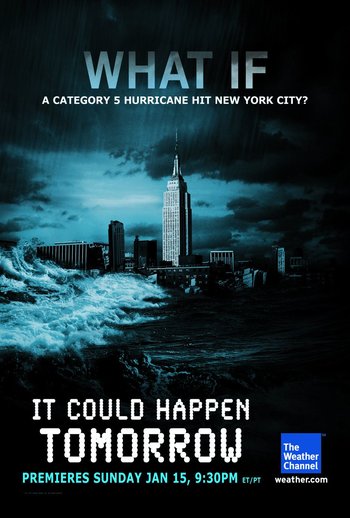 It Could Happen Tomorrow is a Speculative Documentary series running on The Weather Channel (yes, The Weather Channel actually has some series programs), which looks at the effects of potential weather or other natural disasters (levee failures in Sacramento, another 1906-level earthquake in San Francisco, a tornado like the ones that struck the Midwest US during Spring 2011 striking Washington, D.C., etc.) The point of each episode is that these are not wild predictions of spectacular and unreasonable happenings, but reasonably predictable events for the area of the country they look at that we can realistically expect will happen and we should prepare for them; it might not happen for twenty years, or it could happen tomorrow.