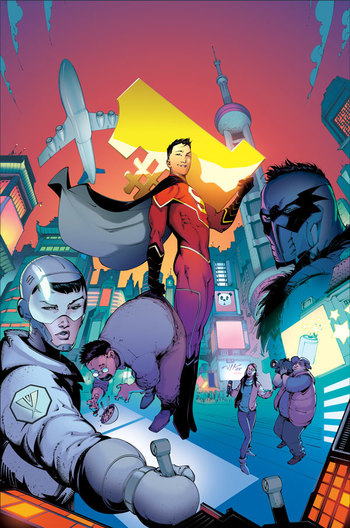 New Super-Man is a 2016 comic book published by DC Comics as part of their Rebirth initiative, written by Gene Luen Yang (American Born Chinese, Level Up, Superman: Truth) with art by Viktor Bogdanovic.

Kong Kenan note Surnames first in Chinese naming convention is a troubled young man living with his mechanic father in Shanghai. Despite his bullish personality and narcissistic tendencies, he's got the heart of a hero, and his life changes forever when he's selected by an underground scientific foundation to become the first-ever Superman of China and a founding member of their own Justice League.

Starting with issue #20, this series was renamed to New Super-Man and the Justice League of China.