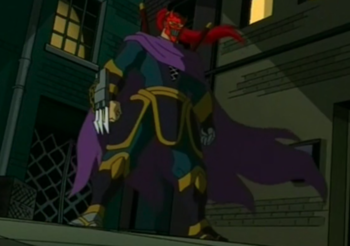 A warrior who comes to Earth to challenge Leo to mortal combat. 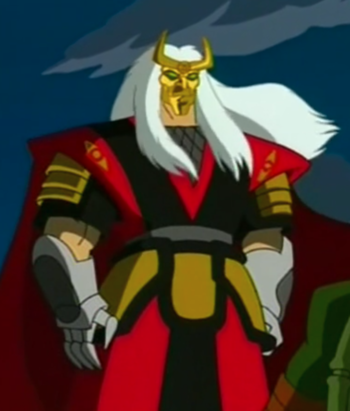 Daymio: To use such dark arts in defeat, not only would disgrace yourself, but you also would disgrace me, your own father, with your lack of honor.
Ruler of the Battle Nexus and The Ultimate Ninja's father.
The Gyoji 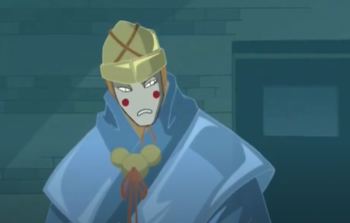 Gyoji: If the warrior named Leonardo refuses the match, then your lives are forfeit.
The referee of the Battle Nexus Tournament and a loyal servant of Daimyo.
Dark Ninja Assassins 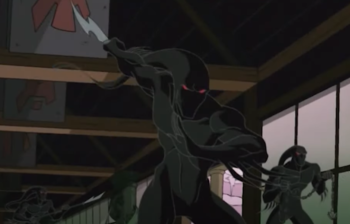 Mercenaries who work for Drako and the Ultimate Ninja. 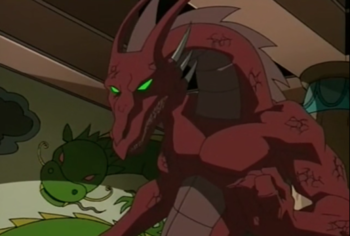 Drako: My patience, young lord, is at an end.
A Battle Nexus Championship contestant who was defeated by Splinter years ago.
Kluh 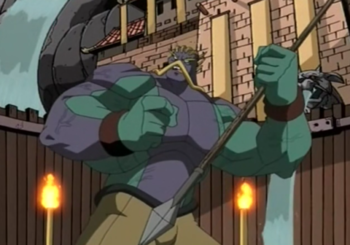 Kluh: I am going to crush you, turtle boy.
A Battle Nexus Championship contestant with an animus towards Michelangelo.
D'Jinn 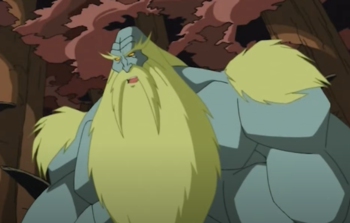 D'Jinn: You four should be honored to have such as Splinter as your sensei. He's something of a legend here.
A Battle Nexus Tournament contestant, who's an old friend of Splinter.
Other Notable Contestants 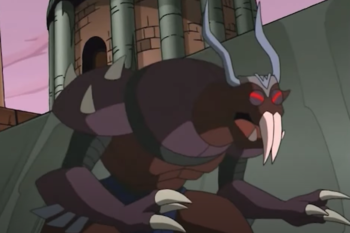 A contestant of the Battle Nexus. 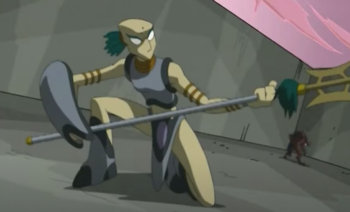 Ia in a battle against Dieskard
A Battle Nexus contestant, who faced Mikey. 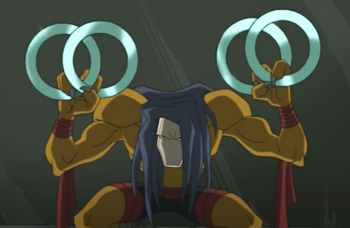 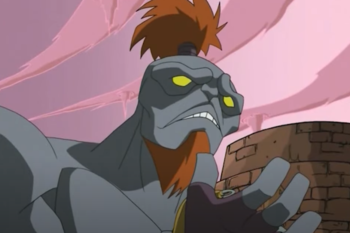 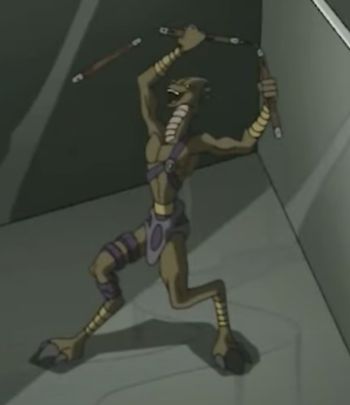 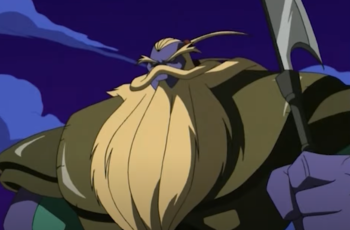 Ammag: Kluh! Tear him apart!
Kluh's father, who's furious at his son's defeat at the hands of Michelangelo. Due to this, he arranged a rematch between Kluh and Mikey, which will determine the real winner of the Battle Nexus Tournament. 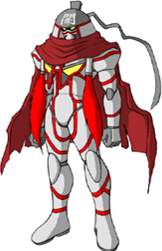 A scythe-wielding samurai-esque mercenary whose name is known throughout the universe.